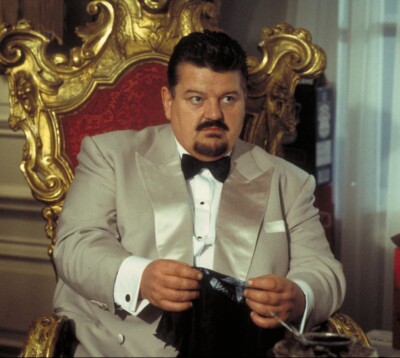 The JBIFC is very sad to report that the highly talented and popular Scottish actor Robbie Coltrane has died, aged 72. He passed away on Friday, 14th October, in a hospital near Falkirk in Scotland.

A graduate of Glasgow School of Art, Coltrane was a comedian in his early career who made his name on the alternative comedy circuit in Britain. He was also a TV star (especially via his breakthrough part in the television crime series Cracker, where he played an outspoken police psychologist) and, later, carved out a successful reputation as a dedicated film actor. He appeared in two major franchises: as Hagrid in the Harry Potter films, and as the larger-than-life Russian Mafia boss Valentin Zukovsky in two James Bond films, Goldeneye (1995) and The World Is Not Enough (1999). Coltrane won three British Academy Awards for his gritty role in Cracker, a TV series which inspired a whole new generation of UK students to study crime, forensics and psychology. He was made an OBE in the 2006 New Year’s Honours List for his services to drama, and was also awarded a BAFTA Scotland award for his outstanding contribution to film. On hearing the sad news of his death, the official EON account called Coltrane ‘an exceptional actor whose talent knew no bounds’.

In Goldeneye, Pierce Brosnan’s debut movie as James Bond, Coltrane’s ex-KGB agent Zukovsky came across as both menacing and bemused, and was a former enemy of Bond, who was keen to remind 007 that he still limped from a gunshot wound once inflicted on him by the MI6 agent. Yet, despite the tension, Zukovsky is prepared to trade information and the two men form a temporary, if uneasy, alliance against their common enemy, the traitorous agent 006, Alec Trevelyan (played by Sean Bean). Although Coltrane was only on screen for his meeting with Bond for a short while in a nightclub, he made a big impact on Bond fans, and it was no surprise that his character returned for Brosnan’s third 007 adventure, The World Is Not Enough (TWINE), in 1999, with a greater number of sequences on screen.

Having made his money from dubious methods during the post-Soviet capitalist boom in 1990s Russia, Zukovsky was now a Caspian casino owner and also ran a caviar factory. He once again helps 007 achieve his mission objectives and, in fact, near the climax to the movie, helps save Bond’s life with his dying shot, severing the rope that has bound Bond to the garrotte chair being used by Elektra King to torture 007.

The idea of having the character of Zukovsky back was largely down to the screenwriters Neal Purvis and Robert Wade. And, again, Coltrane’s character was given some great lines, such as (to Bond) ‘Can’t you just say hello like a normal person?’ Whatever role he took, Coltrane always liked to do his own background research. Just as he prepared carefully for his role in Cracker, Coltrane was keen to undertake the same level of research and preparation for his role as the Russian Mafia boss in his two Bond movies: ‘So with Zukovsky I kept an eye on anything to do with Russia’.

He also said he was ‘terribly flattered’ that his character Zukovsky was brought back for a second Bond movie. 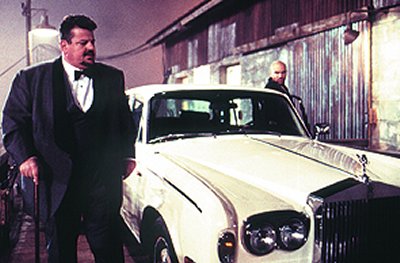