Windfall for Skyfall at UK box-office 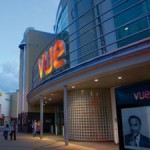 James Bond has proved he is more popular than ever. New figures just released show that the 23rd 007 adventure ‘Skyfall’ has enjoyed the highest grossing weekend in the UK of any film in the Bond franchise, and has been the biggest opening film of the year so far in Britain.

After it went on general release in the UK on Friday, October 26, opening in almost 500 cinemas across the country, the first weekend of box-office business saw a major rush to the cinema by the public in Britain, with some multiplexes arranging up to 30 screenings a day to cope with the high demand for tickets.

The movie is estimated to have taken £20.1m at the UK box-office over the first weekend, and Hollywood.com confirmed that the movie had smashed the Saturday attendance record in Britain. Weekend receipts in Britain were estimated to be 50 per cent higher than ‘Casino Royale’, Daniel Craig’s first Bond movie, which took £13.4m in its opening weekend in 2006. Craig’s second Bond movie, ‘Quantum of Solace’, took £15.5m in its first weekend in 2008.

The new Bond movie has also been no.1 in every country where it has opened, and netted £48.3m worldwide in 25 countries. Bond producers Barbara Broccoli and Michael G. Wilson told the UK press: ‘We are absolutely overwhelmed with the reaction to Skyfall. It is particularly thrilling as the UK is home to James Bond and it being the franchise’s 50th anniversary year’.