Wilson and Boyd talk 007 on ‘Newsnight’ 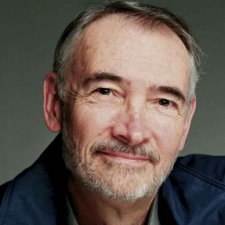 Bond producer Michael G. Wilson and new 007 author William Boyd were among the contributors to a BBC discussion on the enduring myth of James Bond.

The report, shown on the BBC’s ‘Newsnight’ programme on May 31, was anchored by Stephen Smith, who posed the question, ‘What does the enduring Bond myth tell us about ourselves and post-war Britain?’

Viewers were treated to some behind-the-scenes footage from the shooting of ‘Skyfall’ in Istanbul, including glimpses of the motorbike stunt sequences shot in the Grand Bazaar, as well as Bond being shot at as he leaps from his land-rover in the market place, and Naomi driving her vehicle at a furious pace.  Smith spoke to the camera for part of his report directly from one of the shopping areas in the Bazaar.

Smith also had the opportunity to interview Michael G. Wilson on the set in Istanbul. Turning to the question of Bond’s identity today, Smith asked Wilson whether James Bond has now become ‘international’ rather than remained British? The Bond producer commented: ‘I think the fact that he is British is an important part of the character, an important part of the attraction – from around the world. I think he’s a different kind of hero, a different class of hero than you normally get’.

Asked whether he felt James Bond and his approach to the world might be a bit anachronistic now in today’s international context (where espionage has become very hi-tech and perhaps de-personalised), Wilson responded that they (the film-makers) had actually spoken to SAS (Special Air Service) and SBS (Special Boat Service) people who were doing ‘James Bond-like’ things around the world, and ‘they are still very active in the world, so it isn’t as far-fetched as you might think’. Wilson added: ‘We don’t do historical things – we do films set in present times – so Bond changes as time goes on’.

Smith’s ‘Newsnight’ report also interviewed Professor James Chapman, of Britain’s Leicester University, who has written a book on the cultural impact of the James Bond series. Concerning the cultural role of 007 today, Chapman pointed out that the James Bond films act as a ‘barometer’ on Britain’s changing place in the world.

He noted, for example, how the recent Bond films have reflected the increased uncertainty in the world. There is no longer the ideological certainty of the Cold War, where things appeared quite black and white and predictable, and the ‘enemy’ was visible. The films now sometimes dealt with new kinds of threat, such as treachery and betrayal from within.

Similarly, Harry Ferguson, a former officer with Britain’s ‘Secret Intelligence Service’ (SIS), who Smith interviewed with the famous MI6 HQ in the background, echoed Chapman’s views on how the Bond films now reflected new and complex realities. He said the world today is much more grey, with less adherence to law and rules concerning killing, and it is, in fact, now closer to Bond’s fictional world, as portrayed in the recent films.

Smith also attended what he called (tongue-in-cheek, of course!) a ‘covert meeting’ in St. James’s in London, at the Club where Bond creator Ian Fleming is said to have originally mixed the first famous James Bond Vodka Martini. There Smith spoke to new James Bond author William Boyd, who was recently selected by the Ian Fleming Estate to pen the latest 007 novel.

Smith asked Boyd why he thought the Bond books appealed so widely when they first came out in the 1950s? Boyd pointed to the poor post-war situation Britain still found itself in during the early 1950s, exemplified especially by the existence of rationing (which was still in place, despite the end of the War). Boyd said he thought Fleming’s exotic novels were partly Fleming’s attempt at wish-fulfilment, and this wish-fulfilment also became the nation’s wish-fulfilment. Bond books were pure escapism for the public from a drab post-war Britain.

Smith’s ‘Newsnight’ exploration of the world of James Bond ended with a post-report discussion in the studio, in which broadcaster and writer Bidisha made the case for the prosecution against Bond (saying he was ‘arrogant’), and author Anthony Horowitz put up a strong defence.

Horowitz, who recently took on the task of resurrecting another ‘mythical’ hero, Sherlock Holmes, said that he saw James Bond 007 as a ‘great’ and powerful mythical hero, an almost ‘Byronic’ hero, who was right for his time, and still is today.