Bond is Back… in Jamaica! 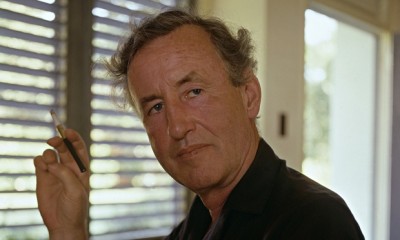 As the late Ian Fleming might say, ‘Welcome to Jamaica, Mr. Craig. I’ve been expecting you’.

According to our man at Station ‘K’ in Kingston, Jamaica, 007 star Daniel Craig and the B25 crew have now landed on the beautiful Caribbean Island. Last-minute preparations are now being made in readiness for some very big news about the new James Bond adventure later this week.

News outlets in both Britain and the USA have been invited to cover the big ‘reveal’, and various reporters and freelance photojournalists have already been seen on the Island, no doubt hoping to grab a ‘scoop’. The Good Morning Britain breakfast TV show in the UK, together with the Good Morning America show in the USA, have already been teasing their coverage of the imminent B25 announcement in short trailers.

To Jamaica With Love

The photo above shows the creator of the world’s most famous fictional secret agent at his Jamaican bungalow retreat ‘Goldeneye’, where he penned many of the James Bond thrillers. ‘Goldeneye’ is nestled in an ideal location on the Island’s northern coast between Oracabessa and Port Maria. As Assistant to the Director of British Naval Intelligence in the Second World War, Fleming had attended a top-secret Anglo-American naval conference in Kingston, Jamaica, and accompanying him was his Intelligence colleague and close friend Ivar Bryce, who was keen to show Fleming around the Island. Fleming fell in love with the Island. When it came to their departure, Fleming apparently said to Bryce: ‘Ivar, I have made a great decision. When we have won this blasted war, I am going to live in Jamaica. Just live in Jamaica and lap it up, and swim in the sea and write books’.

The rest, as they say, is history. Fleming’s long stays on the Island became annual events, and it is at Goldeneye where he wrote all of his 007 novels and short stories in draft form. Jamaica was also, of course, a key location for the very first EON James Bond film, and it seems doubly appropriate that B25 will also make use of the exotic Island for some of the sequences in Daniel Craig’s fifth 007 adventure.

Watch this space for further details when they become available. You know the name, and you know the number. 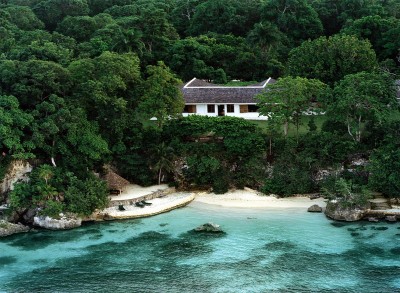