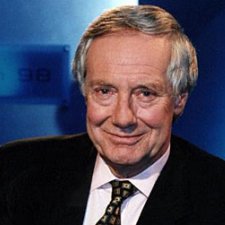 The BBC’s film critic Barry Norman has placed two James Bond movies, the first film and the latest film, in his new ‘Greatest British Films’ selection, which has just been released by the Radio Times magazine in the UK.

The veteran BBC film expert revealed his list of 49 great British films in the latest issue of the magazine (9-15 February), which has just gone on sale at newsagents and other retailers in Britain. Readers of the Radio Times are also being invited to nominate a 50th movie to add to Norman’s 49 favourite British movies.

Explaining his inclusion of two 007 adventures in his selection, Norman says at one point that he chose Dr. No because it was the first Bond movie, it established the franchise, and it made a star of Scottish actor Sean Connery. He also argues that the first Bond film contains ‘a good story… happily free of the gadgets and gizmos that came to dominate later offerings’. He adds: ‘For me, Connery is still the best but Daniel Craig is running him close’.

Regarding the most recent 007 movie, Skyfall, Norman writes: ‘The best Bond film yet? I think so. Daniel Craig is back to the form he showed in Casino Royale, Javier Bardem is the most powerful villain the series has offered for ages, the story is stronger and more personal than most of the 007 plots, Ben Whishaw is a refreshingly youthful Q barely out of short trousers and Judi Dench, far more centre stage than usual, steals every scene she’s in as M, while Mendes handles the action scenes superbly’.

Barry Norman has taken a big interest in the James Bond franchise over the years. In May, 2012, for example, he used the same magazine, the Radio Times, to write an appreciation of the 50th Anniversary of the Bond films. This also painted in some of the background to his love of the franchise. He revealed that he had first met the then relatively unknown actor Sean Connery on a train in the early 1960s, as they travelled together on the same route. The young Scottish actor was on his way to play a small role in The Longest Day (about the D-Day invasion of France).

When Norman asked Sean what was next, he replied: ‘Och, Ah’m playing Jamesh Bawnd’. At that particular time, Norman could not really see Connery as James Bond, but he now admits: ‘Boy, was I wrong. The next time we met he was a superstar and the 007 franchise was firmly launched’.

Reflecting on what accounts for what he called ‘the remarkable longevity’ and popularity of the franchise, Norman also wrote in May, 2012: ‘Initially, I think, it was because in Dr. No Bond emerged as a different kind of hero: witty and sophisticated, beautifully dressed, tough as nails and a touch cruel…’.

Norman’s latest contribution to the Radio Times also contains some other groundbreaking movies in his chosen list of 49 great British films, including The Ipcress File, which was produced by Harry Saltzman, and made a star of Michael Caine. The movie also had, of course, a haunting and now iconic soundtrack by the late 007 music maestro John Barry. John Barry’s main theme for the movie was inspired by Anton Kara’s famous zither music used in The Third Man (1949).

In his introduction to his selection of the ‘Greatest British Films’, Norman reminds readers that: ‘There are plenty to choose from because mine, like all such lists, is largely subjective’.