It will come as no surprise to many people that the release of the new James Bond film, No Time To Die, the 25th entry in the smash-hit franchise and Daniel’s Craig’s final appearance as Ian Fleming’s 007, has been delayed for a third time.

Originally due for release this April, it will now hit our cinema screens later this year. In a brief official statement from the producers and studio, it was announced that the new movie will be released globally on the new date of 8th October, 2021. The latest news confirms speculation that has been building for a number of weeks, and the decision is undoubtedly due to the persistance of the Coronavirus pandemic. A number of the tie-in product campaigns linked closely to the new movie depend upon a more ‘traditional’ worldwide cinema release, rather than ‘streaming’ (a number of studios have taken the controversial decision to release new films straight to ‘streaming’ services).

It is also thought the James Bond producers are still determined to show their faith in the big cinema screen as an ideal medium for new films, and is a vote of confidence in the ability of cinemas and the film industry more generally to eventually overcome the huge pandemic challenges they face, and win back audiences to the box office.

Actor Ralph Fiennes, who reprises his role as Bond’s boss ‘M’ in the new film, was recently asked by the BBC about his thoughts on the current situation, and responded: ‘I would love the idea that people could go to the cinema and have the full effect of the big-screen energy behind Bond…’. He also commented: ‘I really hope that we come through this so people can go to the cinema’.

Rest assured: Bond will be back, and back with a bang! 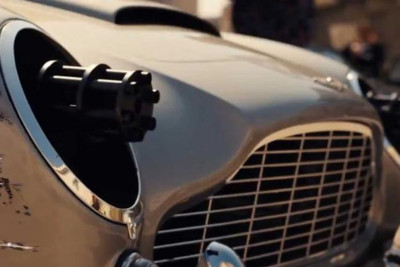