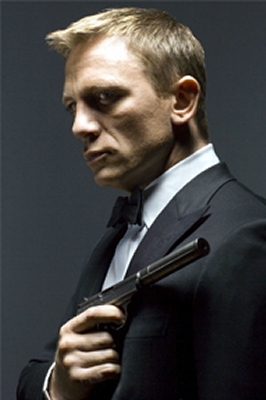 Double-0 heaven and counting! In just one’s year’s time, on April 8th 2020, Bond 25 will be released to an eager world. Anticipation has risen to new levels in recent weeks when the production made use of locations in Norway.

This Second Unit filming wrapped on April 2nd. It is thought that the Norway footage work was undertaken in order to beat the spring thaw that is already beginning to change weather conditions in the country. In fact, the Unit did need to use some artificial snow for some of the filming.

Some further brief detail has now emerged on the location shooting that is due to take place in Italy in August-September. As the JBIFC noted in a previous news report, the production will make use of the historic southern Italian town of Matera, which is famous for its beauty and medieval-looking streets.

It is now believed that the filming in Matera will be for the pre-credits sequence of the movie, and will involve a gritty and high-speed car chase after 007 has visited ‘an old flame’.

Some reports have also suggested that Lea Seydoux will also be involved in the Italian shooting. It is believed that potential routes for the car chase have already been worked out, and it is interesting to note that the location was previously under consideration for Quantum of Solace. Some Italian news outlets have also suggested that Bond 25 will be able to make use of some of the generous financial incentives offered by the Italian authorities to movie-makers.

Meanwhile, the Jamaican government has confirmed that it has been in ‘advanced’ talks with EON over the arrangements for Bond 25 shooting on the Island, an Island so beloved by 007 creator Ian Fleming. If negotiations are successful, it will be, of course, the first Bond movie to film in Jamaica since Roger Moore’s debut 007 adventure Live and Let Die in 1973.

Norway, Italy, Jamaica… Bond 25 under Cary Fukunaga is already looking like it will reconnect with the truly globe-trotting traditions of previous Bond films. Principal photography, of course, will kick off at Pinewood Studios in the UK, where carpenters, set designers and Special FX experts have already been busy for some weeks. There is also now evidence that the production will make use of another deal with the Landrover vehicle company.

Watch this space for further details as they emerge. You know the name, and you know the number. 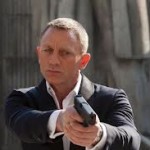