To Bond or Not to Bond? Denis Villeneuve gives mixed messages

To Bond or not to Bond? Despite recent reports that the French-Canadian director Denis Villeneuve is being lined up as the possible director for Bond 25 in 2018-19, the situation now appears more complex than many people assumed.

On the one hand, Villeneuve has confirmed that he’s had Bond talks; on the the other hand, he seems to be ruling himself out due to his new movie projects.

As the JBIFC previously reported, a piece by the showbiz writer and gossip columnist Baz Bamigboye in the UK’s Daily Mail newspaper (September 22nd), claimed that the director of the eagerly anticipated Blade Runner 2049 is high on the EON ‘wanted’ list, and has the strong backing of Bond star Daniel Craig. The report, entitled ‘Heaven for 007 is Blade Runner Denis’, also revealed that Villeneuve ‘has spoken’ with Craig and James Bond producers Barbara Broccoli and Michael G. Wilson about making Bond 25.

According to Bamigboye’s account of things, there are also several other directors on the ‘wanted’ list, ‘but I’m hearing that Craig is most interested in Villeneuve’. Other reports, which appeared around the same time as Bamigboye’s scoop, suggested that Villeneuve was on an EON short-list of three possible directors.

Speaking recently to the Montreal Gazette, in a news item designed to publicise the Blade Runner sequel (which has been highly-praised by critics), Villeneuve confirmed that he had indeed met with EON: ‘It’s true – I’ve been in discussions with Barbara Broccoli and Daniel Craig. It’s a magnificent project; I would love to do a James Bond film, but I don’t know how it would fit with my current projects. We’ll have to see’.

Villeneuve’s ‘current projects’ included a re-make of the classic sci-fi drama Dune, which has been a long-term ambition of his for many years. But now, despite Villeneuve’s positive response to the possibility of directing Bond 25, the latest reports from inside the movie industry have revealed that the French-Canadian director is set to take on a major biopic of Cleopatra. This latest news raises serious question marks over whether he could take on Bond 25; the fact that he has now been linked to the biopic about the great Egyptian female ruler makes it difficult to see how Villeneuve would be able to find time for Bond duties.

If Villeneuve has effectively ruled himself out from Bond 25, this will no doubt be very disappointing for Craig. We shall see. There will inevitably be further speculation on all this in the next few days, so watch this space. 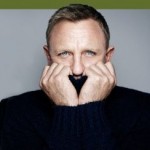