Has Blofeld finally succeeded in infiltrating the British media? Why is the British press so determined to undermine B25? These are the questions a number of 007 fans have been asking in recent days, given the latest coverage of the making of the new James Bond adventure. Certain journalists in the UK appear determined to only give B25 negative publicity.

More examples of this have come in the last few days, in response to news of a mishap on the B25 set at Pinewood. As many Bond fans know, filming of a fireball explosion in a B25 laboratory set on June 4th saw some damage to the famous ‘007 Stage’ and a crew member standing outside was hit by some debris and slightly injured. Anybody who knows about film production will know that, sometimes, even the best-planned stunts can work in unpredictable ways. The 007 franchise has seen its fair share of this over the years, and it would be surprising if there were no such occasional incidents.

After all, making a multi-million pound action movie is not exactly a gentle walk in the park.

But the British press seems to thrive on putting our film industry successes on a pedestal and then delight in knocking them down again. The red-top newspaper The Sun, for example, appears to be really gunning for 007 at the moment. Starting with a number of negative stories from the Jamaican location shooting, and moving on to the recent incident at Pinewood, the newspaper has now decided B25 is ‘cursed’, has ‘suffered fresh drama’ when the fireball stunt ‘went horribly wrong’, and that this is ‘the latest in a long line of problems to hit the 25th Bond film’. Really?

Some other newspapers also seem to want to jump on the negative bandwagon. The Metro newspaper, in its coverage, referred to the ‘jinxed’ 25th Bond outing, while the more upmarket Guardian newspaper also appears keen to join in and target our favourite fictional spy. The latter newspaper asked whether the new film ‘is cursed – or just losing the plot?’ Guardian journalist Andrew Pulver used the latest incident as an excuse to write a general doom-laiden article to claim that ‘a sense of crisis is enveloping the film’ – even talk of a ‘curse’.

This is all becoming very silly, and this type of coverage must be deeply frustrating for all the dedicated cast and crew who are working so hard on the movie. Daniel Craig, of course, had a big dose of this kind of coverage during the making of Casino Royale, so is probably used to this kind of negativity. Nevertheless, despite his undoubted success in the role after four smash-hit movies, even he must be disappointed at how relentlessly nasty some UK journalists can still be.

As veteran Bond watchers will know, we have been here before, of course. There have been a number of times in the past when the British press seem to take glee in taking potshots at the franchise. In the 1970s, there were a number of times when media commentators predicted Bond ‘was finished’. A similar wave of this came in the early 1990s. Yet these are often the very same people who compete with each other to gain exclusive access to the stars, to the press events and to the premieres when production on the latest entry is completed.

What is doubly frustrating about the latest round of negativity in relation to B25 is the UK media’s seeming lack of grasp that the Bond franchise is at the core of one of Britain’s major export industries, the British film industry. It is an industry which creates extensive employment, brings in millions of pounds in finance, and retains huge respect globally: indeed, studios such as Pinewood still attract major movie productions from outside the UK because of the sheer concentration of British talent and film-making expertise that is on tap at such studios.

Many observers from outside the UK are often puzzled at the sheer viciousness shown by the British press towards our obvious cultural success stories, and there remains huge admiration and support for the 007 franchise elsewhere across the globe. Bond is, after all, one of the UK’s major cultural exports, with an international brand recognition that has been built up strongly and carefully over 50 years. 007 is beloved by many, and the films have regularly smashed box-office records (both Skyfall and Spectre are recent cases in point). Numerous generations of cinema-goers have grown to love the big screen and its escapism after being introduced to the medium via James Bond. And, within Britain itself, the Bond fan community can only express their dismay and disappointment at the antics of our journalists.

So, here’s a message to the grumpy journalists who appear determined to dish out a constant stream of negative coverage of James Bond and the 25th entry in this major success story: lay off, or we’ll send Fiona Volpe around. And she does not take prisoners! 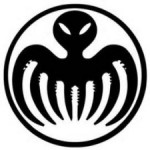