The Spy We Loved: Remembering Roger 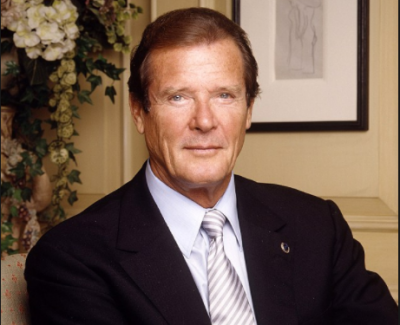 One year ago this month the world sadly lost Sir Roger Moore, the third actor to play James Bond and a true gentleman in every sense of the word.

Still very sorely missed, Sir Roger was the first James Bond for a new generation of Bond fans raised in the 1970s and 1980s, and over the course of his seven smash-hit Bond films (from 1973 until he stepped aside in 1985) he very much developed his own unique and distinctive interpretation of the character, taking a lighter approach, which very much reflected his own real-life personality.

He was very honest about the challenges he faced in taking over one of the most famous roles in movie history from Sean Connery, and successfully combined a great sense of fun with seriousness where appropriate. The JBIFC takes the opportunity to recall the hugely popular actor’s favourite 007 adventure, The Spy Who Loved Me (1977), which was directed by the late Lewis Gilbert. It was arguably this movie which saw Roger finally find what he regarded as the perfect combination of qualities he was looking for.

Here are (oo)seven ‘Bond-points’ in tribute to the late actor, and in celebration of his favourite adventure as MI6’s best secret agent.

Bondpoint One: As Roger himself commented in his autobiographical book My Word Is My Bond (2008), his third James Bond movie ‘was big, even by Bond standards’, and EON producer Cubby Broccoli (who was now producing his first Bond movie as a solo producer, after the end of his partnership with Harry Saltzman) ‘wanted to bring Bond back with a bang’. Sure enough, The Spy Who Loved Me (TSWLM) became the ‘big one’ of the Moore series, with only Moonraker (1979) equalling its sheer scale and ambition.

Bondpoint Two: As Roger also recalled, early on during preparations of his third Bond movie ‘it became apparent that there was no stage large enough anywhere to house three nuclear submarines’, the abduction of which was central to the plot: ‘Cubby scoured potential locations, from aircraft hangers to overseas studios, and couldn’t find anything suitable. He turned to his production designer, Ken Adam, and asked if they could construct such a stage at Pinewood. In short the answer was yes, and so the famous 007 stage came into being’.

Bondpoint Three: The pre-credits to TSWLM, with the now celebrated ski jump stunt carried out by Rick Sylvester, is often pointed to by 007 fans as one of the most memorable Bond stunts of the series. As Roger put it: ‘I remember so vividly attending the (UK) premiere in London’s Odeon Leicester Square and the deathly hush that descended over the audience as Bond skied off the edge of the cliff. You could hear the proverbial pin drop. Then, as the Union Flag parachute opened and the Bond theme roared to a crescendo, the audience stood to offer an ovation. Never before have I witnessed such a thing’.

Bondpoint Four: During location shooting in Egypt, where the crew filmed at some wonderful locations along the Nile, the day-to-day catering needs of the production proved to be especially challenging. Roger recalled fondly in various interviews how impressed he was at the initiative shown by Cubby Broccoli, who took it upon himself to secure sufficient supplies to cook a huge homemade Italian-style pasta dinner for the whole cast and crew, with Cubby himself overseeing the cooking and helping to serve the hungry and very appreciative diners.

Bondpoint Five: It was during TSWLM that Roger’s sense of fun with ‘Q’ (Desmond Llewelyn) really came into full bloom, and would be a feature of the rest of Moore’s tenure as Bond. Q demonstrated, for example, amongst various gadgets, a hovering metal tea-tray which could slice a man’s head off, a spring-loaded cushion, a saddle with a spring-loaded dagger, and a hookah that fired bullets. Needless to say, this allowed Roger’s Bond to make a number of quips. On the set of TSWLM, even though they had already worked together on The Man With the Golden Gun, Roger’s relationship with Desmond Llewellyn reached a new level of fun and respect. As Roger later recalled in Bond on Bond (2012), Desmond ‘bore my childish pranks so patiently’, and ‘one of the things I missed most after leaving Bond was him’.

Bondpoint Six: When James Bond and Russian agent major Anya Amasova (played by the lovely Barbara Bach) have to trek across the Egyptian desert on foot, the soundtrack (composed by Marvin Hamlisch) briefly played the famous main theme from Lawrence of Arabia. This epic movie was one of Roger’s favourite cinema films, and he was very pleased to have the theme from one of his favourite movies of all time in his favourite Bond movie! Marvin Hamlisch, of course, took the place of Bond music veteran John Barry, who was unavailable for TSWLM. Many critics agreed that Hamlisch did a great job, and he was (rightly) very proud of his Oscar-nominated main theme song. In later years, however, Hamlisch said he was ‘mystified and disappointed’ that he was never asked to do another Bond film score.

Bondpoint Seven: Roger Moore himself also recorded in Bond on Bond how, from his own 007 films, he thought the best Bond song was ‘Nobody Does it Better’, as performed by Carly Simon for TSWLM: ‘It sums up Jim brilliantly. It might not have charted as high as one or two others, but it’s probably (now) the most played Bond song on radio, and to my mind is in the true style of brash, bold and melodic Bond fanfares – you left the cinema humming it’. As many Bond fans will recall, when Sir Roger sadly passed away, current Bond Daniel Craig’s tribute was a play on Carly Simon’s Bond song title. And, as we recall Sir Roger’s life a year later, this truly remains the case today: Nobody Did It Better.

During the summer of 1976, when pre-production work began on TSWLM, Roger was still unsure precisely when principal filming would begin and what dates he would be required. When Richard Attenborough offered him a lead role on the massive war film A Bridge Too Far (about the disastrous Arnhem parachute landings operation), Roger had to say he was unavailable. Then, as it turned out, he decided he was able to accept a role after all. The only lead role left, however, was that of General Brian Horrocks. Unfortunately for Roger, the real-life Horrocks had final approval on casting, and rejected Roger. The part went to Edward Fox instead (who was later ‘M’ in Never Say Never Again). 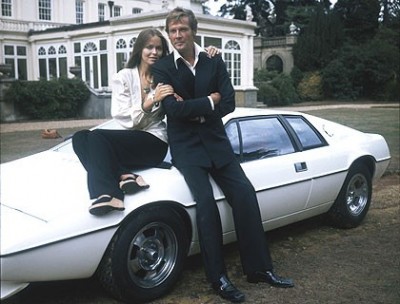 A press call at Pinewood Studios for Moore and Bach