The new face of Aston revealed 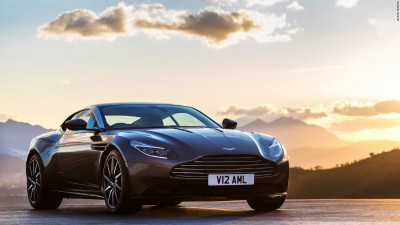 Double-O Heaven! The Aston Martin car company, which is so heavily associated in the public’s mind with the James Bond film series, unveiled its fantastic new DB11 model in early March. Aston Martin, of course, supplied a specially built DB10 model for the most recent 007 adventure SPECTRE.

Aston Martin’s latest creation has already been called ‘the most important car in the firm’s 103-year old history’. Launched at the Geneva Motor Show in Switzerland, the DB11 is a £155,000 ($217,000) four-seat sports GT, with a long bonnet and a powerful V12 petrol engine.

In fact, the DB11 marks a major step forward for Aston Martin, after the company suffered considerably during the depths of the recent financial recession, and the official predecessor to the DB11 (the DB9) did not sell as well as the company had expected. It is hoped that the huge publicity generated by the use of the special DB10 in SPECTRE (which was originally unveiled by director Sam Mendes at the first official press call for the movie at Pinewood), together with the extensive interest that has already been shown in the new DB11, will help the company regain its former highly competitive position as a world-class manufacturer of iconic sports cars and vehicles.

Many critics have already praised the new levels of sophistication and detail that is apparent in the DB11, which includes a new ‘infotainment’ system and extra double-stitched leather. There is also plenty of potential for purchasers to customize the interior, as a range of choice is on offer when it comes to colours, trims, fabrics and other exciting options.

A number of observers have also been impressed with the ‘strake’ that slices into the DB11’s side, just after the front wheel arch. Aston Martin’s designers have termed this a ‘curlicue’, which they describe as ‘a twist in the design of an object’. According to the company, this serves to siphon off turbulent air that would otherwise cause drag.

Although no ejector seat or bullet-shield is available for the DB11, even ‘Q’ would still be impressed! 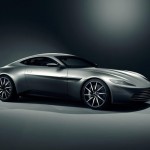