The Man With Some Golden Fun: Bond Women Pay Tribute to Sir Roger 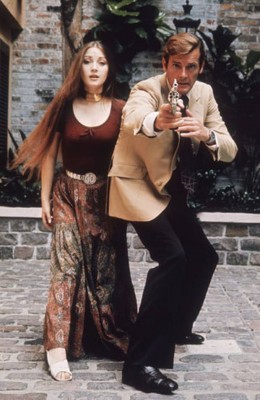 A number of beautiful and talented women worked with Sir Roger Moore on his seven smash-hit James Bond films, and three of his leading ladies have shared their thoughts about him in tribute. What comes across very strongly is the sheer fun that Roger inspired in all who worked with him, and also his tremendous kindness and generosity of spirit, especially to his leading female co-stars.

British actress Jane Seymour, now 66, worked with Roger on his first 007 adventure Live and Let Die (1973). She had been spotted by the EON producers when she had a role in the TV series The Onedin Line. On hearing the very sad news about Sir Roger, Jane released a statement saying: ‘I am devastated to learn of Roger Moore’s passing. The first leading role I ever had as a Bond girl was such a new and frightening world and Roger held my hand and guided me through every process. He taught me about work ethic and humility. He was so funny, kind and thoughtful to everyone around him and in that Roger taught me what a movie star really was and should be… He was my Bond’.

Swedish actress Britt Ekland, who is now 74, realised her big ambition to be a Bond woman back in 1974 when she won the role of MI6 officer Mary Goodnight in The Man With The Golden Gun (1974). Britt also released her thoughts via the official James Bond Twitter site about the loss of Sir Roger. She said: ‘My Bond is gone, am filled with great sadness. Roger was the epitome of Bond, witty, sophisticated, elegant, funny. RIP’.

And, last but not least, American actress Tanya Roberts, who is now 61, was Roger’s leading woman in A View To A Kill (1985), which was his final 007 movie. Tanya released a statement saying: ‘So sorry to hear about Roger’s passing today. We had a lot of fun working on A View to A Kill together. He always had a joke to tell, and was a pleasure to work with, he was a terrific guy’.

There have also been reactions from some of the other key Bond women from Roger’s 007 movies. The leading Swedish Bond fan site, ‘From Sweden With Love’, have very helpfully collected many of the comments together. You can read them at: http://jamesbond007.se/eng/memoriam/roger_moore_1927-2017

Meanwhile, the UK’s Daily Mirror newspaper (Thursday, May 25th) published what it claimed was the last major interview with Sir Roger, which they entitled ‘Ho Ho Seven’. The interview, conducted with Roger by showbiz writer Tim Walker, found the former 007 had retained what was probably his Bond’s defining characteristic – a sense of humour.

Roger told Walker: ‘I saw the humour as a necessary release in the films, a way of drawing breath between all the action and a signal to audiences that I wasn’t taking myself too seriously and so neither should they’. He also revealed that he decided to quit as Bond after A View To A Kill when he thought he looked too old to be ‘hanging around women in their early twenties without it appearing creepy’.

Interestingly, Sir Roger also said that the 1985 film was very nearly not the last time he played the role – there was some talk about the surviving Bonds getting together on screen, but Sir Sean Connery was unwilling to participate. Moreover, the newspaper noted that Sir Roger submitted the manuscript for his latest book, as yet untitled, just two weeks before his death. 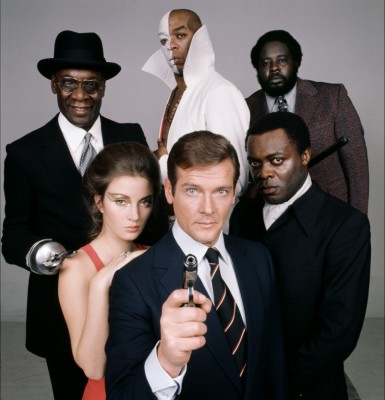