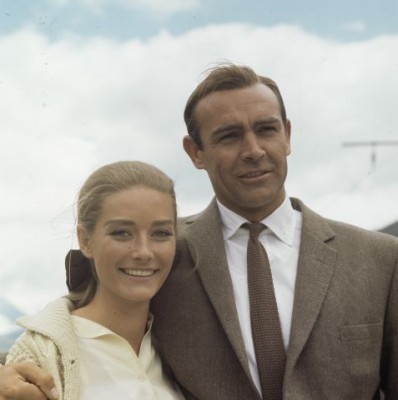 She was the other Golden Girl, Tilly, the sister of Jill Masterson, and set out to avenge the death by gold-painted suffocation of her sister at the hands of Auric Goldfinger.

The JBIFC are very sad to report the passing of Tania Mallet, who played Tilly, one of the Bond women in the iconic third 007 movie Goldfinger. Tania died aged 77 on Saturday, 30th March.

Born in Blackpool in England during the War, Tania was educated in both Britain and France. Her modelling career began aged just 16 when she joined the Lucy Clayton school for models, and worked her way up to become one of the UK’s most famous models of the early 1960s.

Tania’s beautiful and distinctive blonde-topped features adorned the covers of a number of leading fashion magazines, something the Bond producers soon noticed in their search for actresses for the 007 adventures.

They soon came calling, and Tania was given a screen-test and considered for the lead female role in From Russia With Love (1963). Although she lost out to Daniela Bianchi for Connery’s second Bond film, Tania was offered the role of Tilly Masterson in Connery’s third James Bond movie. In hindsight, she later wondered whether it had been the right decision to enter the world of movies, as she had been able to earn about £2,000 per week as a top model (a huge sum back then), whereas – perhaps surprisingly – her income for big-screen movie work was considerably less.

It is interesting to note that, after her filming and involvement with Goldfinger was completed, Tania quickly returned to modelling. She said in later interviews that she had also felt that her six months involvement on Goldfinger had been quite restricting, with long periods of time hanging around on set between takes; it was also sometimes tricky being under the constant glare of all the publicity that came with the Bond phenomemon, and she said she had always felt more comfortable in a small photographic modelling studio. 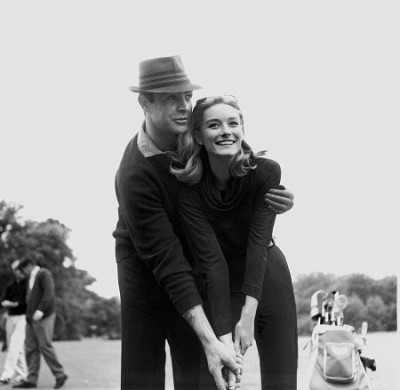 Nevertheless, speaking to Bond historian and journalist Tim Greaves in the late 1990s, Tania said she had still enjoyed working on the third 007 movie, and expressed particular praise for Sean Connery: ‘Sean was wonderful. He was so helpful. Now, looking back, I realise just how generous and wonderful he was’. She also had very fond memories of Harold Sakata (Auric Goldfinger’s henchman ‘Oddjob’), who she recalled was the ‘cuddliest, kindest man you could possibly imagine’. Tania’s sequences were filmed in Black Park, just behind the main Pinewood Studios (which doubled for the area around Goldfinger’s factory in Switzerland), and also on location in some scenic Alpine areas in Switzerland.

Reflecting on the Black Park sequences, Tania also told Tim Greaves that she had found the scene where Oddjob killed her with his steel-rimmed bowler hat especially hard work, as director Guy Hamilton insisted the take had to be done ‘again and again and again’, with ‘endless close-ups’ from various angles. On the other hand, she commented in 1998 that ‘if you’re going to make one movie in life, why not Goldfinger?’

Tania also came to appreciate in later life what a fan-base she had built up as a result of being part of that rather unique club, the ‘Bond Women’. She had appeared at various Bond-related events and reunions in recent years. The official James Bond website paid tribute, saying they were ‘very sorry’ to hear of Tania’s death: ‘Our thoughts are with her family and friends at this sad time’. 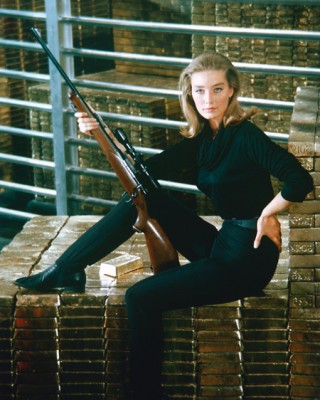