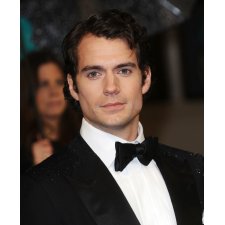 The British actor Henry Cavill, who once screen-tested for the role of 007 but lost out to Daniel Craig, has said he would ‘love’ to be James Bond if the opportunity ever came up again in the future.

The 29-year old Jersey-born actor is about to appear in this Summer’s reboot of the Superman franchise, Man of Steel, and has given a tie-in interview to the British magazine Gentleman’s Quarterly (GQ, June, 2013, issue).

As many Bond fans know, EON parted company with Pierce Brosnan in 2004 after four movies, as they envisaged a reboot of the franchise. Cavill was on the official short-list for the role of James Bond when the search was on for a new 007 for Casino Royale, a role which eventually went to Daniel Craig.

According to reports at the time, by July 2005 the short-list had been whittled down to just four men: Daniel Craig, Henry Cavill, Goran Visnjic, and Rory McCann. Martin Campbell, who officially became the director in February 2005, spent the spring and early summer of that year helping review the possible candidates. By July, Campbell reportedly favoured Cavill, but the producers wanted a slightly older Bond, with Barbara Broccoli strongly in favour of Craig. The rest, as they say, is history. Craig was a smash-hit in Casino Royale, and after three films has very much made the part of 007 his own, and has won much critical acclaim. He has also signed up for two more entries in the series.

Speaking to GQ‘s Stuart McGurk, Cavill (pictured recently at the 2013 British Academy Awards), reflected on some of the ups and downs of his own film career, including his brush with Bond. The popular UK film magazine Empire once branded him the ‘Unluckiest Man in Hollywood’ (Empire, December 2005), and Cavill was able to give some thoughts to GQ on his reputation as an ‘unlucky’ actor, during the course of which he demolished a few myths.

Despite rumours, Cavill made it clear to GQ that he was not in the running at one point to play in either the Twilight film series (‘they never called me’) or as Batman in Batman Begins (‘No, I never auditioned’). However, he was at one point cast as Superman in a version to be directed by McG (‘It was a long process. I remember having a final screen test’), but then it was cancelled, and the director was replaced with Bryan Singer. And Singer gave the part to Brandon Routh for the somewhat disappointing Superman Returns movie in 2006.

The GQ interview also quizzed Cavill about his screen-test for Bond, which took place when he was a young 22-year old actor and a relative unknown in the film world. He said: ‘Now that was definitely something I was up for’.

He had auditions in both the USA and UK, and a screen test that consisted of two scenes from the Sean Connery Bond movies and one from Casino Royale, overseen by director Martin Campbell. ‘And I waited to hear, and sadly it was a no. I mean, it was crazy, considering my age’.

When GQ asked Cavill whether it was bad luck not to get it, or good luck to get so far, he responded: ‘That’s the way I look at it. People say, “You must be so depressed that you didn’t get Bond” – well, no, because I got so far as the screen test for Bond. There’s a lot of other people out there who are far less fortunate than me, who don’t even get through the door with their agent’. He added: ‘At the same time, I wouldn’t have done the role as much justice as I could now’.

Asked whether he would still be interested in the role in the future, Cavill said if he was in the running again, and people didn’t just see him just as Superman and could see him as Bond, ‘then yeah, I’d love to do it’. He continued: ‘I never thought of myself as unlucky. When you aim high, it’s tough to get there unless something really unfortunate happens’.

Cavill got his big break when aged 17, in The Count of Monte Cristo. He said he was encouraged to pursue an acting career by the Australian actor Russell Crowe, and Gladiator remains his favourite film. In 2007-2010, he won over a new generation of fans with his success as Charles Brandon, the 1st Duke of Suffolk, in the 38-episode TV series The Tudors, a series which won high praise from critics. In fact, Cavill regards that series as his ‘breakthrough’ role.

Bond Trivia Note: The first Christopher Reeve Superman movie (1978), directed by Richard Donner, had some major input from people who had worked on the James Bond franchise. Bond stunt veteran Vic Armstrong was stunt co-ordinator on the movie and also doubled for Christopher Reeve. Derek Meddings (1931-1995) was a visual effects supervisor on the film, and much of the principal photography was shot at Pinewood Studios, including on the famous 007 stage. The Bond screenwriter Tom Mankiewicz (1942-2010) also carried out a major re-write on the Superman screen treatment, at the request of Donner.