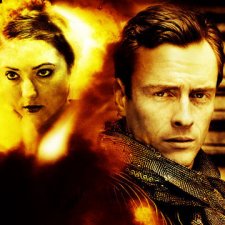 Toby Stephens will again star as James Bond in a new BBC radio adaptation of Ian Fleming’s classic novel ‘From Russia With Love’ on July 21.

In a welcome return to the role, Stephens will now play our favourite secret agent for a third time, in a new adaptation of Ian Fleming’s fifth novel ‘From Russia With Love’, a ‘radio screenplay’ written by Archie Scottney, and directed by Martin Jarvis. Made by an independent production company owned by Jarvis and Rosalind Ayres, who specialise in radio dramas and ‘talking books’, the new 90-minute play will air on BBC Radio-4 at 2.30pm on Saturday, July 21, 2012.

As well as Toby Stephens as 007, other actors involved in the new version of ‘From Russia’ include Olga Fedori as Tatiana and John Standing (once again) as ‘M’, together with Janie Dee as Moneypenny and Julian Sands as ‘Q’.

Tim Pigott-Smith, from the Bond movie ‘Quantum of Solace’ (who also played Johnny Solo in the 2010 radio version of ‘Goldfinger’) will play Kerim Bey, with Eileen Atkins as Rosa Klebb and Nathaniel Parker as Nash. Martin Jarvis will once again provide the voice of Bond author Ian Fleming.

Speaking to the UK’s ‘SFX’ magazine in May 2010, Jarvis explained that one of the remits behind his Bond radio productions is that ‘we’re not making a version of the movie. We go back to the novel and keep great faith with it’. According to sources, the new version of ‘From Russia’ intends to maintain this faithful approach.