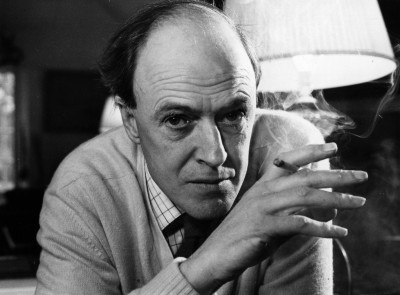 He nearly sent 007 into space. Roald Dahl (1916-1990) was the author responsible for the original storyline for EON’s fifth James Bond movie You Only Live Twice, and he also adapted Ian Fleming’s children’s story Chitty Chitty Bang Bang for the big screen, but his own life could also have been straight out of the world of fiction.

Dahl is big news at the moment. Steven Spielberg’s new live-action film of Dahl’s story The BFG has put the famous author back in the headlines again, while the BBC’s recent celebration of Dahl has offered some fascinating new insights into the later career of the popular children’s writer. But there was not much coverage of his time as a screenwriter for the Bond franchise. There was even less coverage of Dahl’s time as a real-life spy.

In the following, the JBIFC briefly revisits some of the less well-known spy and Bond-related aspects of the career of the best-selling author, who was also a former wartime colleague of 007 creator Ian Fleming.

A relatively recent biography, Storyteller: The Life of Roald Dahl (2010), by Donald Sturrock, helped provide Bond historians with some fresh and invaluable background information on Dahl’s rather exotic early career. In fact, the biography showed how Dahl led ‘an extraordinary life’ in the USA during the Second World War, working for a secret British intelligence network called ‘British Security Co-ordination’ (BSC), which was a part of MI6, the British Secret Service.

The highly secret BSC organisation was established to promote British interests in America, especially to help persuade American public opinion and the U.S. media in general to support the War, and to stop the insidious spread of pro-Nazi and neutrality propaganda within the country (the USA did not join the War until December, 1941, and organisations such as ‘America First’, both before and after war was declared, continued to spread anti-war views, which alarmed the British).

The biography revealed that, as part of his job, Roald Dahl, who was seen by his contemporaries as a dashing young RAF officer and a ‘skilled flirt’, slept with numerous high society and influential American women in order to persuade them to express public sympathy for the British wartime cause.

The BSC organisation was run from New York by the eccentric but very talented Canadian businessman and millionaire Sir William Stephenson, who was a close friend of British Prime Minister Winston Churchill and had a real flair for technical innovation. Stephenson oversaw the running of ‘Camp X’, located by Lake Ontario, near Toronto, a camp which conducted top-secret training of British and Allied wartime agents, especially in the skills of assassination and the use of a range of secret ‘Q’ style gadgets. Interestingly, in his capacity as a Royal Navy intelligence officer working on special ‘Ops’, Ian Fleming had been one of the visitors to Camp X to observe the training.

Churchill had also personally selected Stephenson to establish and run BSC, which was designed to distribute pro-UK propaganda in the American media and to also train a network of British spies within the USA. The enigmatic spymaster was given the codename ‘Intrepid’.

And Twice is the Only Way to Live

Roald Dahl’s active flying career as a pilot with the RAF was curtailed after a serious plane accident in the desert in 1941 (he came very close to death). Shortly after this, he began to work for BSC. Reluctant at first, he gradually embraced his new, but secret, second life. Dahl was apparently fascinated by his new boss Stephenson, who encouraged him to employ his ‘wining and dining’ skills with women to secretly gather important gossip and other essential information. Modern-day spy parlance would probably class these operations as ‘honey-trap’ operations, although this may be too strong a description.

According to Sturrock, Dahl’s most significant conquest was the well-connected oil heiress Millicent Rogers, who was probably also having an affair with Dahl’s close friend and colleague Ian Fleming at the very same time! Rogers became infatuated with Dahl but, according to Sturrock’s book: ‘For Dahl, none of these encounters seems to have involved any serious emotional commitment’.

Interest in Dahl’s rather clandestine career has grown markedly in recent years. It featured strongly in the 2008 book The Irregulars, by Jennet Conant, which also offered a history of Britain’s BSC spy ring in New York and Washington. Dahl and his close colleagues and contacts – especially David Ogilvy and Ivar Bryce – did their best to carry out various cloak-and-dagger assignments for both the British and the general Allied cause. Ian Fleming (a very close friend of Bryce) was also a key contact for this network; he helped with the British propaganda effort while, at the same time, also developing links with America’s evolving special forces (contacts he retained after the War, including with what became the CIA).

Dahl, of course, later became famous after the War as a prolific author of stories for children, including Charlie and the Chocolate Factory (recently given a new stage production by Sam Mendes in London). Despite having little experience of writing for the big screen, Dahl was recruited by Harry Saltzman and Cubby Broccoli to put together a screenplay for their film adaptation of Fleming’s novel You Only Live Twice (1964).

Dahl dropped much of Fleming’s basic plot (which centred on a remote Japanese castle and a ‘Garden of Death’), but retained some of the key characters, including the villain Blofeld. More radically, even though he had only seen one Bond movie (Goldfinger), he decided to tap into and build upon some of the more ‘sci-fi’ concepts seen in the series. He delivered a new space-age story which played upon fears of nuclear war and the growing interest in new forms of technology. Dahl turned in the first draft in only six weeks, and (with some additions by writer Hal Bloom), this formed the basis for EON’s fifth smash-hit Bond adventure with Sean Connery as 007.

In later interviews, Dahl indicated that, when developing his Bond screenplay, he been especially influenced by the many stories he had gathered from the American press about the Gemini space project and its space-walks. More controversially, he also wrote an account for Playboy magazine of how he had been ‘briefed’ by the Bond producers about the basic formula they wanted to see in a James Bond movie.

Although Cubby Broccoli later disputed some of the details of Dahl’s account of this meeting, Dahl recalled that the producers had told him: ‘You can come up with anything you like so far as the story goes’, but there were two things he could not mess with: the character of Bond, which was ‘fixed’, and the ‘girl formula’, which was also ‘fixed’. When Dahl asked them what the ‘girl formula’ was, it is clear Saltzman and Broccoli realized that Dahl was very much a beginner when it came to the 007 movies. When he admitted he had only seen the ‘one with the crazy car’, they advised him that he had better see the others ‘right away’. The producers then sent them round to Dahl’s house with a projector and someone to operate it!

According to Fleming biographer Andrew Lycett, in hindsight Roald Dahl may have played another significant early part in the world of Fleming and Bond. When Ian Fleming first dabbled with the idea of writing a story, he developed a brief outline of a proposed crime story about a leg of lamb. When it was frozen solid and straight from the fridge, the leg of lamb served as a lethal murder weapon which, when it was later cooked and eaten, became untraceable. Ian Fleming apparently later presented this plot outline to Roald Dahl, who adapted it for use in his own very successful story, ‘Lamb to the Slaughter’, published in 1952. 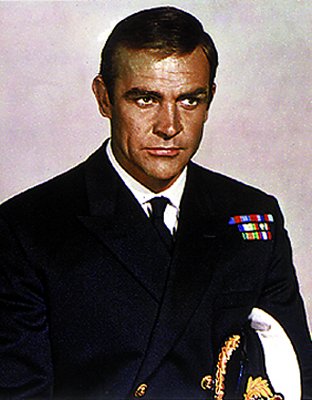 Sean Connery in You Only Live Twice