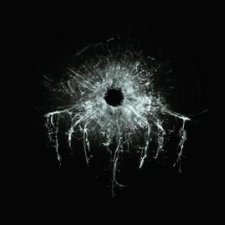 You know the name. Now here’s the number. In a press release dated July 17th, 2015, EON Productions, Metro-Goldwyn-Mayer (MGM), and Sony Pictures Entertainment have announced that the World Premiere of the new James Bond film SPECTRE will take place in London on Monday, October 26th, 2015.

And, for the first time ever, the new 007 movie will open on the same night at cinemas across the UK and Ireland, providing audiences with the opportunity to be the first cinemagoers in the world to see the hugely-anticipated 24th film in the James Bond franchise, one of the longest-running and most successful movie franchises in cinema history.

Following the World Premiere and the release of SPECTRE in the UK and Ireland, the new 007 adventure will then begin its rollout in territories across the rest of the globe. The movie will be released in the USA on November 6th, 2015.

The official confirmation of the premiere and general release dates will be welcomed by Bond fans, as there had been some mixed messages about the precise arrangements in earlier marketing material. The clarification will now enable 007 aficionados to plan ahead. Its become something of a tradition for some Bond fans from around the globe to head for London each time a new James Bond movie is premiered.

The venue for the premiere of SPECTRE is expected to be announced fairly soon. The previous James Bond adventure, Skyfall, was premiered in London at the Royal Albert Hall, and went on to set a new all-time box office record in the UK. It also went on to earn over $1.1. billion worldwide.

The very first James Bond film, Dr. No, opened on October 5th, 1962, at the London Pavilion cinema in Piccadilly Circus. The second Bond adventure, From Russia With Love, opened on October 10th, 1963, at the same location. The third movie in the franchise, Goldfinger, opened on September 17th, 1964, at the new location of the Odeon, Leicester Square. By this point, Bond was beginning to see enormous crowds gather for the premiere. Interestingly, for Thunderball, which in many ways saw Bond fever reach new heights, the UK hosted dual premieres in London on December 29th, 1965: at the Rialto Theatre and the Pavilion Theatre.