Sold! On Her Majesty’s Cougar Service 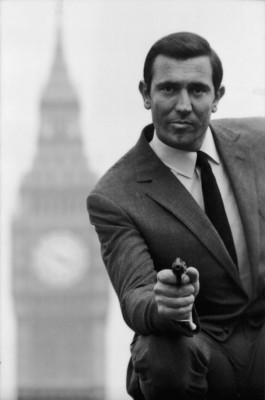 As many fans of George Lazenby’s one-off James Bond adventure On Her Majesty’s Secret Service (1969) will know, one of the cars used in director Peter Hunt’s action-packed movie was a red 1969 Mercury Cougar XR-7, driven by Countess Teresa (Tracy) di Vicenzo, played by the late Diana Rigg. One of the three (some sources say four) Cougars used in the film has just sold at Bonhams auction house for the princely sum of £356,500.

The auction, which took place on Wednesday, 16th December, 2020, created wide media interest given its 007 movie and Bond woman associations. Bonhams, which is located (appropriately enough) in New Bond Street in central London, saw considerable interest from prospective bidders and interested Bond vehicle aficionados, both in the UK and internationally. According to auction background information provided by Bonhams, the particular Cougar concerned was ordered by EON Productions on 30th January, 1969, and was flown from the USA to the UK and registered on 13th February, 1969.

It was finished in a striking Candy Apple Red with a black roof, and is believed to be the model used in the barn scene, which saved it from the damage done to the other Cougars that were used in the famous and dramatic ice-race chase sequence. The barn scene, a tender but key moment in the movie, saw Lazenby’s James Bond and Rigg’s character Tracy talk lovingly about marriage and their possible future together after 007 has left the Secret Service. Tragically, although Bond married the Countess and made Tracy officially Mrs. Bond at the end of the movie, she was murdered by Irma Bunt and Blofeld.

The movie, which was the sixth entry in the smash-hit film series and has now become something of a cult classic in the franchise, had its Royal premiere at the Odeon, Leicester Square, on 18th December, 1969. And, in a bonus for this time of year, it has a very ‘Christmas’ context to its storyline.

The late Dame Diana Rigg, who sadly passed away this year, played kickass Emma Peel in the classic TV spy series The Avengers prior to becoming a Bond woman, and remained especially confident with action sequences given all her martial arts training in the 1960s. This was illustrated in 2014 when, just minutes before being interviewed live by the BBC, she suddenly found herself locked in a Porterloo. After calling for help to no avail, the then 76-year old Dame simply karate-kicked the lock off the door and returned in time for her interview. There’s nothing like a Dame! 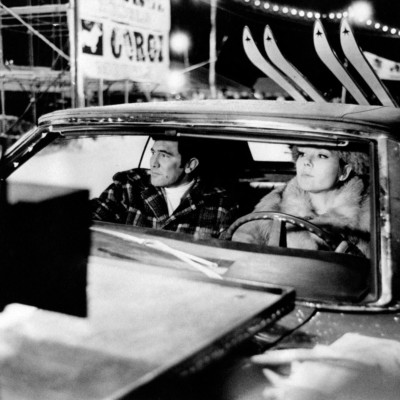 Rare photo of the famous OHMSS ice-race chase sequence being shot, with Lazenby and Rigg in one of the Cougars