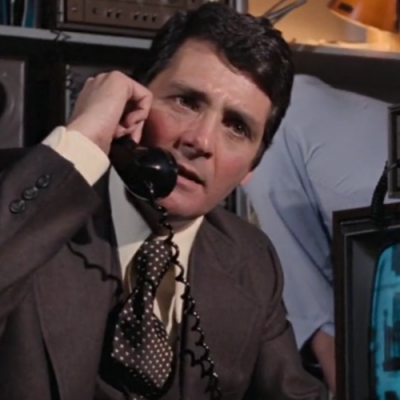 The JBIFC is very sad to report that the American actor David Hedison, who played 007’s CIA buddy Felix Leiter twice on the big screen, has passed away. He died on July 18, aged 92, in Los Angeles, California.

Both a theatre and screen actor, Hedison (full name Albert David Hedison) made his breakthrough into screen acting during the late 1950s. His first big screen movie was The Enemy Below (1957), and this was followed by the sci-fi classic The Fly (1958), which became something of a cult movie over subsequent years.

He also had a leading role in Irwin Allen’s exciting adventure movie The Lost World (1960).

Keen to work with Hedison again, Irwin Allen offered him the lead role in his next big production, Voyage to the Bottom of the Sea (1961) but, surprisingly, Hedison decided not to take the role. However, when a TV series version came along in 1964, Hedison accepted the lead role and the series, with its distinctive submarine sonar noise-tone and creative sci-fi style storylines, became very popular and successful. Capturing the imagination of a whole generation of younger TV viewers (and their dads!), the series ran from 1964 to 1968 and there were over 110 episodes.

While working in England on The Saint in the 1960s, Hedison had met Roger Moore and they became close friends. So it was a great joy for both actors when they were reunited on screen for Roger’s debut Bond movie Live and Let Die (1973), where Hedison played Felix Leiter of the CIA. As Sir Roger commented of his friend in his book Bond on Bond (2012), when they worked on Live and Let Die together he ‘found David’s easy charm, great sense of humour and professionalism to be infectious. He is such a lovely, lovely man’.

Much to the surprise and delight of 007 fans, Hedison was able to reprise his role as Felix for Timothy Dalton’s second Bond adventure Licence to Kill (1989), where he had a more substantial role in the storyline, and which borrowed a key plot element from Ian Fleming’s original novel of Live and Let Die of 1954 (unused in Roger Moore’s 1973 movie version). This saw Leiter mutilated by a shark, and (with the death of Leiter’s new bride as well) helped provide James Bond with his motive for revenge against Franz Sanchez, the main villain.

Hedison’s charm and friendliness remained with him right into his later years, and he was always pleased to meet Bond fans at events and sign autographs. He was also always happy to share his memories of working on his two Bond movies, as well as his numerous other roles. 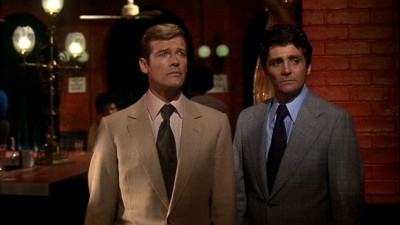