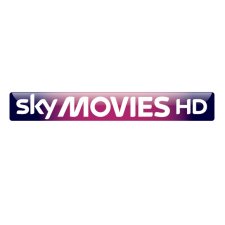 It has been announced that, for the first time in British TV history, all of the James Bond movies will be made available on one special channel.

In a press release issued by ‘Sky’, the company has revealed that it is going to dedicate an entire channel – SKY MOVIES HD – to the full James Bond catalogue throughout October, 2012.

The 007 adventures will be available in HD, without those annoying commercial breaks, and all in one place. Two non-EON titles, 1967’s ‘Casino Royale’ and 1983’s ‘Never Say Never Again’, will also be part of the package. Moreover, the highly-anticipated 23rd official Bond movie, ‘Skyfall’, will be available to rent through Sky Movies in 2013.

Ian Lewis, Director of Sky Movies, commented: ‘The Bond movies are a very special franchise and we want to ensure that our customers are able to experience it in a way they’ve never been able to before, and so we’re going to create a dedicated channel, SKY MOVIES 007 HD, devoted entirely to James Bond, showing the entire catalogue of films and loads of extra material’.

Bond fans may recall that Sky struck a deal last April with MGM to take the films away from ITV in Britain (who previously held the exclusive TV rights in the UK).

Note: There are no details yet on the ‘loads of extra material’, but if you decide to watch all the Bond films back-to-back you will need to set aside just under 48 hours of viewing time. Pure bliss!