SFX Magazine Looks Back on ‘NSNA’ 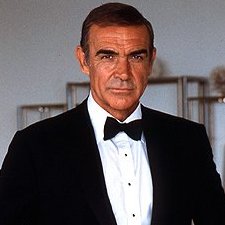 The new edition of the popular British sci-fi and fantasy magazine SFX contains an article which looks back on Sean Connery’s unofficial 007 comeback movie Never Say Never Again, which was released in 1983.

The rogue James Bond movie, which was recently released in the UK on Blu-ray (courtesy of Twentieth Century Fox Home Entertainment), is given some detailed analysis in an article by Calum Waddell in the June, 2013, issue of SFX, which has just hit news-stands and retailers in Britain.

As many Bond fans know, the movie was originally released as a Collector’s Edition on Blu-ray in March, 2009, but this was mainly aimed at the North American market. A new 30th Anniversary edition is now available to buy in the UK (priced £11.99), featuring a commentary by the late director Irvin Kershner, and SFX has taken the opportunity to look back on the film as part of its regular ‘Time Machine’ series on past movies and TV series.

Connery’s 1983 James Bond comeback movie remains something of a curiosity to many general film enthusiasts, and tends to divide 007 fans, some loving it, others loathing it. The man behind the project, the late Irish producer Kevin McClory, also tends to divide opinion quite radically.

Controversial, but much anticipated in its day, Never Say Never Again (NSNA) was a remake of EON’s 1965 official Bond movie Thunderball (on which Kevin McClory had been co-producer, along with Albert R. Broccoli and Harry Saltzman). NSNA was based on limited rights that had originally been granted to McClory after a court case against Bond author Ian Fleming in the early 1960s. In the early 1960s, sensing the impact of EON’s new star Sean Connery as Bond, McClory had decided to join forces with the EON producers and exercise his new rights via a collaboration with them on Thunderball, retaining an option to exercise his rights once again in 10 years time, if he chose to do so.

By 1976, McClory had secretly persuaded Connery to return to his famous role: first, in a writing capacity only, and then, to actually play 007 again. This eventually led to NSNA. According to Sir Sean in interviews he gave at the time, the title NSNA was inspired by his wife Micheline. She had reminded Connery that, after Diamonds Are Forever in 1971, he had sworn he would ‘never’ play Bond again!

The Evolution of NSNA

Waddell’s SFX article on the film traces some of the complex background history to the long saga of Connery’s comeback, which goes back to 1976. In that year, McClory surprised the movie world when he took out a (now infamous) advertisement in the trade journal Variety (on May 12, 1976), proclaiming that he was going to remake Thunderball as James Bond of the Secret Service, and that it was now in ‘pre-production’. The script had been developed by McClory, the spy author Len Deighton, and (to everyone’s surprise) none other than Sean Connery. The script was re-titled shortly afterwards (sometime in 1978-79) as Warhead.

This ambitious plan led to a lengthy legal battle between McClory and EON, which culminated in the Irish producer winning the right to exercise his original limited rights again and to remake Thunderball, but not in the epic ‘Star-Wars-Underwater’ sense which had been present in the original James Bond of the Secret Service/Warhead script, which EON’s lawyers felt had deviated considerably from the original Thunderball storyline.

As Waddell points out, the original script by McClory, Deighton and Connery had begun life as an outlandish fantasy epic, with SPECTRE having a lavish sea-base under the Statue of Liberty in New York, and a devious plan to use robotic hammerhead sharks as weapons. Instead, the director of NSNA, Irvin Kershner, had to stick very closely to a straightforward Thunderball adaptation. Kershner said he thus felt he was ‘in a vice a lot of the time’, and there was constant legal pressure not to stray too far from the limited rights McClory had been granted.