Return Another Day! Lea Seydoux back for Bond 25

In a major piece of surprise news for 007 fans, new director Cary Fukunaga has confirmed that French actress Lea Seydoux, the leading Bond woman in Spectre, will return for the as-yet-untitled Bond 25. Key members of the Craig-era MI6 support team will also be reprising their roles.

According to exclusive comments made by Fukunaga to Daily Mail showbiz columnist Baz Bamigboye, Seydoux, who played Dr. Madeleine Swann in the last James Bond movie, will return to her role as psychiatrist Swann. Daniel Craig wanted her back, and so did Fukunaga. The new director told Bamigboye that ‘Lea will be returning’, as well as MI6 HQ regulars Ralph Fiennes (‘M’), Ben Whishaw (‘Q’), and Naomie Harris (‘Moneypenny’).

The new director praised the regular Bond team of actors and also British actors in general, pointing out that he had worked with British thespians on many past projects: ‘You have some of the best actors in the world here’, Fukunaga said. ‘Why wouldn’t I have the best coming back?’

Interestingly, Bamigboye in his Daily Mail report also referred to the new screenplay by Neal Purvis and Robert Wade as having ‘major input from Fukuyama’. The latest news will be very reassuring to Bond aficionados, signalling some continuity from previous entries in the Craig cycle of the franchise, and is the first hard news on key casting for the new Bond adventure. Lea Seydoux has previously commented in interviews that she would love to return for another James Bond movie, and now it seems her wish is coming true. The 33-year old award-winning Parisian actress, in a sense, will be joining a very exclusive club – women who have made more than one appearance in the Bond series, a club which includes the late Lois Maxwell (Moneypenny), the late Eunice Gayson, Swedish actress Maud Adams (two separate roles), and past and present Moneypenny actresses Samantha Bond and Naomie Harris.

Watch this space for further breaking 007 news in the near future. You know the name, and you know the number. 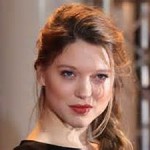