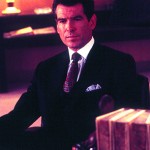 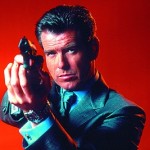 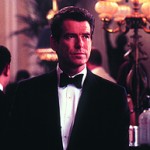 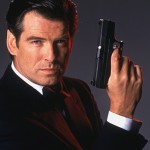 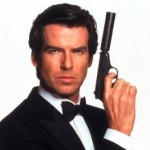 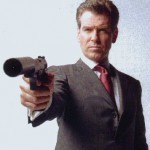 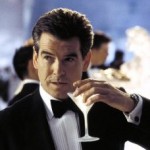 He started his professional involvement with showbusiness as an acting assistant stage manager at the York Theatre Royal and the Oval Theatre Club. Six months later he was chosen by Tennessee Williams to create the role of McCane in The Red Devil Battery Sign, first at The Roundhouse and later at the Phoenix Theatre. He went on to play a number of leading stage roles in the UK before playing the eldest son in Filumena, directed by Franco Zefferelli in London’s West End.
After his TV debut in the drama documentary Murphy’s Stroke, in which he played the role of Irish horse trainer Tyrone Donnelly, Brosnan appeared as an IRA terrorist in the film The Long Good Friday, before playing the leading role of Rory Manion in The Manions of America.

After an extensive search, Mary Tyler Moore Productions offered Brosnan the title role in Remington Steele, a private investigator who was charming, sophisticated, frequently inept and always wittier than wise in the ways of detecting.
Ultimately, Remington Steele cost Brosnan the 007 role in 1986, when MTM refused to release him from his contract. (subsequently the role went to Timothy Dalton). However, after a six-year absence from the cinema screens due to legal wrangles, James Bond bounced back in 1995 with Brosnan as 007 in the phenomenally successful GoldenEye.

Since appearing as 007, Brosnan’s other movies outside the Bond series have been as eclectic as his illustrious predecessors, with starring roles in The Mirror Has Two Faces, Mars Attacks, Dante’s Peak, The Nephew, The Thomas Crown Affair, The Match, Grey Owl, The Nephew, and Evelyn.