Oscars will include Special Bond Tribute 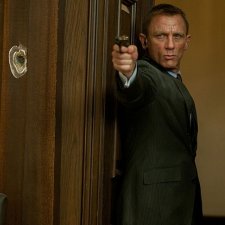 The respected film industry news website Deadline.com has revealed that the 2013 Oscars ceremony, due to take place in late February, will include a special tribute to the James Bond franchise.

The official announcement came in a press release placed on the Deadline.com website and on other similar sites on Friday January 4. The official press release, from Beverly Hills in California, USA, announced that the 85th Academy Awards will include a special tribute to the 007 franchise to help celebrate the 2012 Anniversary of Bond on screen.

‘We are very happy to include a special sequence on our show saluting the Bond films on their 50th birthday’, said telecast producers Craig Zadan and Neil Meron. ‘Starting with Dr. No back in 1962, the 007 movies have become the longest-running motion picture franchise in history and a beloved global phenomenon’.

The 85th Academy Awards nominations will be announced on Thursday, January 10, in the Academy’s Samuel Goldwyn Theatre. The main Academy Awards presentations will be on February 24, 2013, in the Dolby Theatre at the Hollywood and Highland Centre, Hollywood, Los Angeles. It is expected that the live telecast of the event will be broadcast to approximately 225 countries around the globe.

There remains very strong interest in whether the latest 007 movie Skyfall, which has just broken the billion dollars mark at the world box office, will receive any Oscar nominations or actual awards. As we revealed a few days ago, former James Bond Timothy Dalton certainly thinks the latest movie, and the Bond franchise generally, should receive Oscar recognition. He commented: ‘It is absolutely time for Bond to get proper recognition at the Oscars’. Similarly, in various interviews with Daniel Craig conducted while he was promoting Skyfall, the current 007 also expressed such hopes.

The speculation has also been fanned over the last few days when Skyfall became the first James Bond film to make it onto the shortlist of Best Film nominees of the Producers Guild of America (PGA). The PGA winners will be announced on January 16, and the winners are often seen as a good guide to the movies which have good Oscar chances. There is also considerable interest in the UK’s upcoming Bafta awards, where it is hoped that Skyfall, which was overseen by the Oscar-winning director Sam Mendes, will also garner some well-deserved recognition.