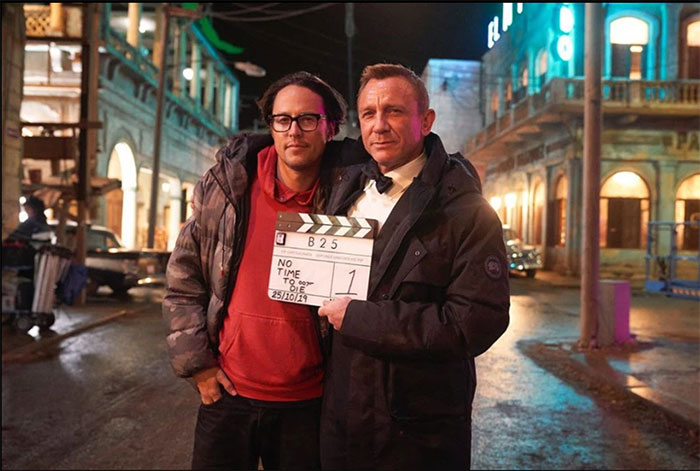 All good things come to an end, including a James Bond film in production. After a long period of dedication to detail and sheer hard work, principal photography on No Time to Die concluded on Friday, 25th October, 2019, with some final night-time shooting on a set designed to replicate a Cuban setting.

To celebrate the occasion, an official photo was released of Daniel Craig with the director, Cary Fukunaga (see pic above). They have plenty of reasons to be fully pleased with how things have gone, and the final weeks of shooting saw everything go smoothly and to time, with a notably happy atmosphere among the actors and production crew at Pinewood. A special wrap party was held at the Masons’ Hall in central London on Sunday, 27th October, to thank everybody involved in the main and secondary shooting, with stars and crew in attendance.

Meanwhile, 007 star Daniel has flown back to New York for a well-deserved period of rest and to spend time with his family. The movie now enters a period of post-production, with more hard work for the director and editor in particular, and a major marketing campaign already gearing up as we wait for the UK cinema release of the 25th James Bond adventure in April, 2020.

The JBIFC sends its many congratulations to all the cast and crew. You did everybody proud. As Cubby Broccoli liked to say, ‘Cut and Print’. 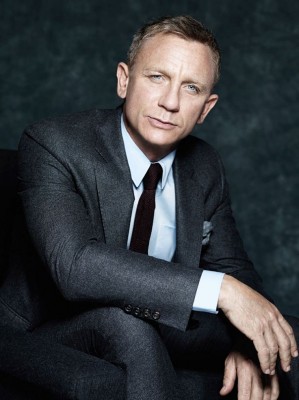