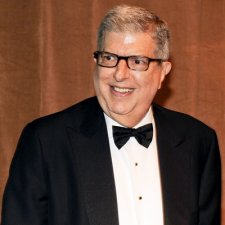 Tributes have been paid across the film and theatre world to the Oscar-winning composer Marvin Hamlisch, who died on 6 August, 2012, aged 68.

The highly creative American musician won three Oscars, four Emmys, four Grammys and a Tony Award, and wrote smash hits both for Broadway musicals (such as ‘A Chorus Line’) and a host of movies (such as ‘The Sting’ and ‘The Way We Were’).

He was also very well-known to James Bond fans, of course, as the composer of the soundtrack to Roger Moore’s third 007 movie ‘The Spy Who Loved Me’ (1977), with its hugely popular theme song ‘Nobody Does It Better’. The memorable song, on which Hamlisch collaborated with his then-wife Carole Bayer Sager, was sung by Carly Simon and was nominated for an Oscar in 1977.

Hamlisch was originally approached by Cubby Broccoli for ‘The Spy Who Loved Me’ after longtime Bond composer John Barry was unavailable. Hamlisch was able to persuade the Bond producer that Carole Bayer Sager should be given a chance to write the main song. When Cubby agreed, Hamlisch and Sager called Carly Simon. When Carly sang the song she apparently ‘loved it’. The rest, as they say, is musical history: the song went to no.2 in the U.S. music charts in the summer of 1977, and reached no.7 in the U.K. pop charts shortly after.

Hamlisch revealed some years later that his inspiration for some of the music for the soundtrack to ‘The Spy Who Loved Me’ came not only from the modern Disco craze of the time but also from some of his favourite classical composers, such as Mozart and Bach. It also emerged that the original title for the song ‘Nobody Does It Better’ came from Carole Bayer Sager, who approached the song as if she was writing a ‘love letter’ to James Bond.

Interestingly, at first, the Bond production team were not too keen on the title ‘Nobody Does It Better’, as it did not initially reference the film’s actual title. Carole Bayer Sager resolved this by carefully integrating the film’s title into a verse of the lyrics. Marvin Hamlisch was very disappointed that the song did not gain an Oscar, and, when performing his piano music live on stage in later years, he often included it in a medley of ‘All the Greatest Songs that have Lost the Academy Award’.