The official James Bond website, 007.com, has released a set of four teaser posters that will be used to prepare UK audiences for the eventual cinema release of ‘Skyfall’ this October.

There are four individual full-body portraits, plus a group shot combining the four images together. The attractive posters feature Daniel Craig in tuxedo, Severine in evening dress, the main villain Silva (sporting his distinctive blonde hair), and field agent Eve.

The four new poster images were released on the official James Bond site on 9 August, and come just two days after the site released another bonus for Bond fans: an interview with official ‘Skyfall’ behind-the-scenes photographer Greg Williams. 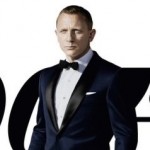 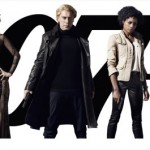 The detailed interview with Greg Williams, uploaded on to the official site on 7 August, is designed to help publicise his book of photographs from the set of the new Bond movie, entitled ‘SKYFALL: BOND ON SET’, which will be released in the UK by ‘DK Books’ on 9 October, 2012.

The interview at one point reveals that he and Daniel often talk ‘shop’ about photography, as Daniel is something of a photography fan himself, and regularly takes his camera bag with him on location.  In fact, in a nice role reversal, the new book will include a photo of Craig taking a photo of Greg!

Before becoming a freelance portrait photographer and a regular on the Bond movie sets (he started with ‘The World Is Not Enough’ in 1999), Greg Williams was a photo-journalist working on foreign news assignments.