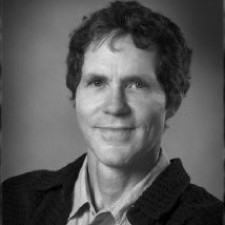 Speaking against the backdrop of some interesting shots of the interiors of MI6 and its offices, which were created on the famous Pinewood 007 stage, Dennis explained in the Videoblog the various production challenges posed by the new James Bond movie. He said that his job ‘is to be basically the architect of the film and to take the words and turn them into visuals creating environments for the characters…’.

He referred to the 007 stage at Pinewood as a ‘great space’ to work in, and also said during the Videoblog profile that: ‘It’s going to be groundbreaking. It’s going to be a new chapter, so it’s really about finding things that are different and exciting for the audience to look at’.

Dame Judi Dench, dressed in her ‘M’ outfit, also made some contributions to the new Videoblog. The MI6 boss revealed how much she admired set and costume designers, whose work, she said, often took her breath away. She said the first set they worked on for ‘Skyfall’ at Pinewood was ‘absolutely vast’ and the attention to detail ‘is so fantastic’. Dame Judi also reflected: ‘After you have worked in that space for a day, that becomes a real place to you’.

Dennis Gassner, who is of Canadian origin, previously worked on Daniel Craig’s second Bond movie ‘Quantum of Solace’ (2008). Born in 1948, his highly-praised and award-winning work as Production Designer on other movies has included ‘The Golden Compass’, ‘Jarhead’, ‘Road to Perdition’, and ‘Waterworld’.