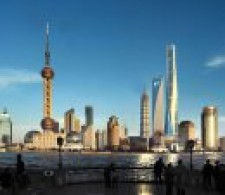 The official James Bond website, 007.com, has released a new ‘Skyfall’ Videoblog, concentrating on the location scouting for the movie and on some of the Second Unit shooting carried out in the Chinese city of Shanghai.

The new Videoblog contains behind-the-scenes footage of Second Unit Director Alexander Witt speaking about the movie, together with members of the production team scouting for Turkish and Chinese locations, preparing scenes, and shooting scenes on Shanghai’s main highways.

Michael Lerman, the First Assistant Director, reflects in the Videoblog on the challenges of location scouting and on trying to find the ideal spot, and praises Shanghai as a ‘special city’ with a great skyline.

Alexander Witt speaks briefly about shooting the arrival of Bond at the airport, and also calls Shanghai an ‘amazing city’ to shoot at night, as it is, he says, ‘amazing for the lens’. Similarly, Angus More Gordon, Production Manager, also refers to the ‘rather unusual blue light’ on the major highways in Shanghai.

The Videoblog also includes a long-shot of Daniel Craig as 007 sitting at a bar, with the Shanghai skyline in the background. From the brief evidence in the new Videoblog, it is abundantly clear that Bond fans are in for a visual feast when ‘Skyfall’ hits the cinemas later this year.