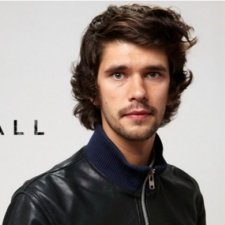 Actor Ben Whishaw, who plays the new ‘Q’ in ‘Skyfall’, was interviewed by the free London listings magazine ShortList on October 11.

Whishaw was asked a series of questions by ShortList’s Tom Ellen, mainly in relation to his role as the new MI6 Quartermaster, but also about his acting career generally.

During the course of the interview, Whishaw revealed some interesting points about how he has interpreted the role of MI6’s main gadgets man for the 21st century.

Near the beginning of the interview, the 31-year old star was asked whether the James Bond films were a big part of his childhood. Whishaw responded: ‘I saw some of the Pierce Brosnan ones as a teenager, but I don’t remember watching them as a child. It’s been fun going back and watching them. I really like From Russia With Love – it’s very charming’.

He also revealed that he did not audition for the role of ‘Q’, as Sam Mendes (the director) ‘just offered it to me out of the blue. It was incredibly exciting’. Whishaw also described how Mendes had visualised the role: ‘He said this Q was going to be a computer genius. It makes sense for the story because the ‘enemy’ operates in cyberspace. There’s a new world order’.

Whishaw revealed that his own personal preparation for the role mainly involved reading about the real-life MI6: ‘For my own interest more than anything. I’m fascinated by the people who work in that field and the double life they have to lead’. He said he was interested ‘in the brutality and ruthlessness’ of the agents on the one hand, but also in the ‘suave way they present themselves on the other’.

Whishaw also said that he deliberately didn’t watch all the early ‘Q’ sequences in the Bond movies, as it ‘felt like a chance for a fresh start’, and he did not want to be bogged down in the previous Q performances: ‘It was the same for Sam; Bond’s been going for 50 years so there’s a formula and template. You have to deliver certain things with a Bond film, but you want to innovate and surprise people too’.

Whishaw said that his own version of ‘Q’ is ‘slicker’ this time: ‘He’s still an eccentric, jovial English chap but, because of the genius he has, there’s a lethal, powerful side to him’.  He added that, because ‘Q’ is a ‘computer whizz’, there’s very little gadgetry: ‘It’s just him and his computer. His mind is his weapon’.

Whishaw clearly enjoyed his time on ‘Skyfall’, but also pointed out that he only did five days on the film. His first day was actually a night shoot in the National Gallery in central London: ‘I don’t know if you’ve ever worked through the night, but it’s a bizarre experience’.

On Daniel Craig, Whishaw said the Bond star is a ‘really nice bloke’ who is also ‘a perfectionist’, and is ‘incredibly dedicated to his work and pretty hard on himself. I think he does feel the pressure of the character and having to deliver. But he can also be very playful and quite silly’.