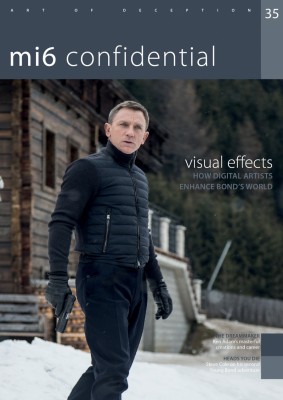 Now pay attention, 007. A new issue of the glossy Bond magazine MI6 Confidential has just been published, and contains some great coverage of the visual effects that go into a James Bond movie. In fact, issue no. 35 of the magazine, which is on sale now, contains plenty of information and analysis of the world of the VFX experts who worked on Spectre, skilled members of three companies whose teams helped enhance the on-screen quality of the most recent 007 movie.

The new issue also has other coverage from the Bond universe, including a new and exclusive interview with ‘Young Bond’ author Steve Cole, whose second Young Bond adventure recently hit UK bookshops. There is also a very welcome celebration of the life and work of the brilliant set designer Sir Ken Adam (1921-2016), who sadly passed away in March this year.

IO Entertainment: Team who worked alongside the crew to pre-visualise the stunning sequences in Spectre

ILM: Team who lent some great magic to the truly breathtaking opening scenes in Mexico

Cinesite: Team who recreated some classic Roman architecture and also a curious rodent in Tangier

The Dreammaker: The work and life of the late and acclaimed designer Sir Ken Adam celebrated 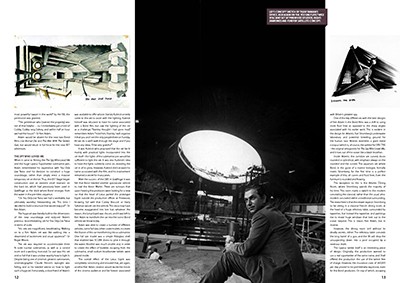