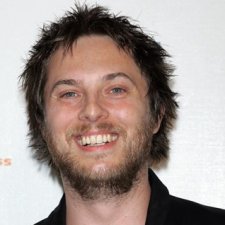 News recently emerged that a new biopic about the life of Bond author Ian Fleming will start production later this year.

The new movie will be directed by award-winning film-maker Duncan Jones, who happens to be the son of singer and rock-star David Bowie. Jones told ‘The Times’ newspaper in the UK that he knows just what it is like to live in the shadow of a famous father, and this is one of the reasons he has signed up to direct the new Ian Fleming movie. In fact, Jones revealed that he sees interesting parallels between Ian Fleming’s life and his own.

Although Fleming later developed a reputation as a devil-may-care playboy, the young Ian struggled to live up to his illustrious, high-achieving father, Valentine Fleming. Valentine, who was a Member of Parliament, was a war hero and adored by everybody who knew him, including the young Winston Churchill MP. Indeed, when Valentine was tragically killed on the Western Front in May, 1917, his obituary in ‘The Times’ was written by Churchill.

The young Ian struggled at Sandhurst officer training college, and also later as a stockbroker in the City, the financial centre of Britain; easily bored, Fleming’s heart was simply not in it. As various biographers have pointed out, it was not until World War Two that Ian Fleming, newly installed as an officer in the Naval Intelligence Department in London’s Whitehall, at last found an outlet for his restless energy and creative mind, coming up with lots of elaborate schemes to outwit the enemy.

Jones also found it difficult to break free from his father’s shadow, and had a similar restless energy. Known as Zowie Bowie, at the age of 18 he began to use his birth-name ‘Duncan Jones’. His ‘road-to-Damascus’ moment came when he fell in love with films and started to experiment with the medium. Jones then trained in film-making at the London Film School. His most recent film was ‘Source Code’ (2011).

Although details about the plot to the new Fleming biopic remain top secret, the JBIFC understands that Jones and his team will draw in particular on the biography ‘Ian Fleming’ by Andrew Lycett (1995), and the project also has the support of the Ian Fleming estate.

The new biopic is scheduled to start production in late 2012.