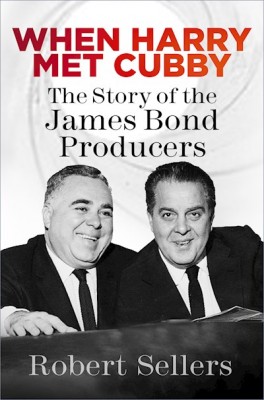 A new book, When Harry Met Cubby: The Story of the James Bond Producers, by Robert Sellers, describes the individual biographical details of both men and explores the history of their famous partnership as film producers. It is a fascinating read, drawing together stories and memories from a variety of sources.

Published by the History Press on 23rd September, 2019, the new book is the result of the author having spoken to a wide range of people involved in the Bond film world, including people involved in the creative production of the James Bond movies and also a variety of actors and actresses who have starred in the films over the decades.

As Sellers points out, the two men produced nine smash-hit James Bond movies before their partnership ended, and both men enjoyed the prestige and power that came with being so successful. Yet, interestingly, the two men were like ‘chalk and cheese’ – they were of ‘vastly different personalities, ambitions and desires’. According to Sellers, Cubby was the large, warm Italian New Yorker, while Harry was a tough, pugnacious Canadian. Cubby was the calmer of the two, the ‘diplomat’, while Harry was the one (to use the words of Goldfinger actress Honor Blackman) ‘who put the pressure on’.

So what was it that kept them together for so long, even though, towards the end of their partnership in the mid-1970s, they could hardly tolerate one another? One big clue pointed to by Sellers is the fact that both men were very hard-working and ‘driven’ individuals, determined to build the Fleming thrillers into a big-screen ’empire’, with global reach. As they freely confessed: ‘We are extremely commercially minded, and we regard the properties we have as commercial properties…’. Indeed, they also recognised how they could use their ‘golden goose’ to lay yet more eggs and raise other types of highly profitable revenue, such as through licenced Bond products (ranging from 007 vodka, soap, aftershave, clothing and so on through to children’s toys and annuals). Working from a luxurious suite of offices in Mayfair, the two men often also took a direct interest in the casting and locations for each new entry in the franchise.

But it remained a complex and increasingly fraught partnership, one which fascinated commentators over the years but has never really been captured before in book-length biographical form. This is the challenge Sellers has set out to explore in this entertaining new book, and he has more than met this challenge, which will be a must for every serious Bond aficionado and also for any cultural historian of British post-war cinema.

As well as being a successful film journalist and author of other books on cinema, Sellers has previously penned The Battle for Bond (2008).

Towards the end of Saltzman’s life, when he had become quite ill, there was a warming of relations again between Cubby and Harry. Saltzman, who lived in London, was invited to the premiere of For Your Eyes Only (1981) at the Odeon, Leicester Square. 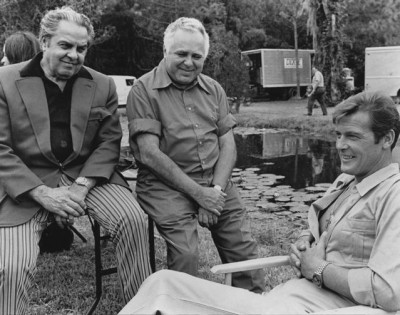