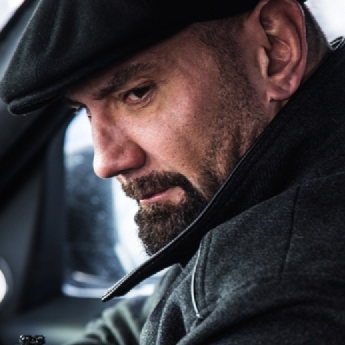 One of the highlights of the last James Bond film Spectre in 2015 with Daniel Craig was the presence of ‘Mr. Hinx’, a tough and towering henchman who seemed impervious to pain and, while working for Ernst Stavro Blofeld’s organisation, gave 007 a number of very close shaves. Amongst his numerous talents as a menacing-looking heavy, Mr. Hinx specialised in taking a victim’s eyes out.

After a number of encounters with Bond, including a high-speed car chase in Rome, Hinx was last seen making an unwanted exit from a fast-moving train in the middle of the desert, after losing a gritty and very physical fight. But did he die, or merely end up with a major headache? Sam Mendes left the audience to speculate.

It now seems that Dave Bautista, the American former WWE wrestler who furnished the character of Mr. Hinx with such dangerous and formidable qualities, would like to see the return of the deadly killer to complete some unfinished business (so to speak) with MI6’s top agent.

Speaking while he was promoting his second big-budget Guardians of the Galaxy movie (ironically, he played a character named ‘Drax’ in the first one), Bautista recently made some brief but interesting comments to the London commuter newspaper Metro about his love of the role of henchman Mr. Hinx, and about how he would welcome a second shot at the character in Bond 25. Bautista revealed that he was still in touch with the EON producers: ‘Believe me we’re talking about it a lot’. He added: ‘We’re waiting for the news to see if Daniel will sign up for Bond 25, because then there’s a chance that Hinx will come back’.

In the run-up to Spectre, Bautista’s mainly silent assassin Hinx was presented as a new ‘Oddjob’, a sadistic henchman whose steely determination and sheer physical strength would place 007’s life in serious danger. In interviews, Bautista said he thought it was the audition for the role of Hinx, where he made it look like he was ‘enjoying an ordinary day, torturing some poor guy’, that really caught Sam Mendes’ attention and secured him the role.

If Bautista’s henchman Hinx did return, of course, he would follow the Bond film tradition set by the American actor Richard Kiel (1939-2014), whose shark-biting henchman ‘Jaws’ appeared in two smash-hit Roger Moore 007 films, The Spy Who Loved Me (1977) and Moonraker (1979).

In one of his last interviews before he sadly passed away, the Olympic weightlifter and wrestler Harold Sakata (1920-1982), who so memorably played the henchman Oddjob in Goldfinger (1964), told a British newspaper that he would have loved to reprise his famous role in another Bond movie. Speaking in his native Hawaii, the popular and friendly actor was photographed spending his time fishing while sitting on a harbour wall, dressed in his full Oddjob outfit, including his bowler hat! 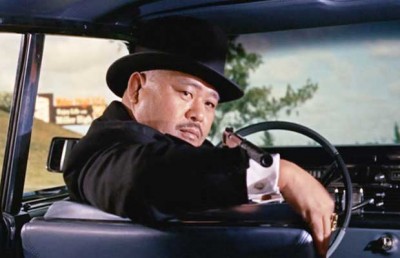