Music of Bond Night on BBC-4 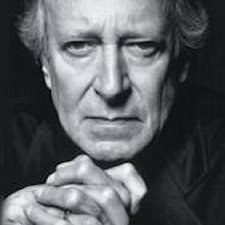 To help celebrate the 50th Anniversary of 007 on the big screen, the UK’s BBC-4 TV channel will hold an evening devoted to the music and songs of the James Bond films, and will include some rare television footage retrieved from the BBC’s extensive archives.

The special Bond-related musical evening will take place on Friday, 14 December, 2012, and is being billed as ‘James Bond Night on BBC-4’. The channel’s 007-themed evening will consist of a classic ‘Omnibus’ documentary, first shown in 2000, which explored the career and music of the composer John Barry, together with a recording made of a Gala James Bond concert conducted by Carl Davis and hosted by Honor Blackman (Pussy Galore in 1964’s iconic Bond movie ‘Goldfinger’), and ends with an hour devoted to some seldom seen footage of the Bond songs being performed on the BBC by various singers over the last 50 years.

8.10-9.00pm: ‘John Barry: Licence to Thrill’. A special Omnibus arts programme from the year 2000 which gave a profile of the acclaimed composer from Yorkshire who did so much to develop a unique ‘Bondian’ style of music. Contributions to the documentary included Bond producer Barbara Broccoli and lyricist and close friend Don Black, among others.

10.30-11.30pm: ‘… Sings James Bond’. Rarely seen short performances of some of the James Bond theme songs, uncovered from the BBC’s archives, and taken from a range of BBC shows and programmes from the last 40-50 years. Artists and groups will include Matt Munro, Shirley Bassey, Tom Jones, Wings, Sheena Easton, A-ha, Tina Turner and Garbage.

A BBC source told the JBIFC: ‘The BBC-4 evening will be a must for both James Bond and John Barry fans, and is our contribution to this anniversary year. It will give interesting glimpses of how Bond on the big-screen was covered by the small-screen world of British TV’.