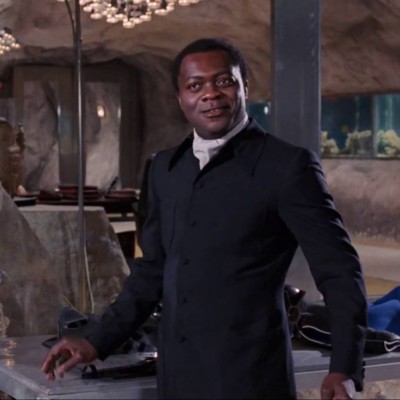 Yaphet, who was born in 1939 in New York City in the USA, caught the acting bug early. He began studying acting aged 16, and made his professional acting debut on stage in a theatre production of Shakespeare’s famous play Othello. His film debut came in 1963, in an uncredited role. Not many people realise that Yaphet also had a fine singing voice, and he even released a vinyl single in the 1960s.

Yaphet Kotto went on to carve out a wide-ranging number of roles in theatre, film and TV, and had very memorable parts in films such as Raid on Entebbe (1977) and the sci-fi thriller Alien (1979). Indeed, he received an Emmy nomination for Raid on Entebbe, which was based on a real-life hostage rescue by Israeli special forces, and in which Yaphet played the controversial Ugandan president and dictator Idi Amin.

On TV, Yaphet was probably best-known for his role as Lieutenant Al Giardello in the popular and long-running U.S. police procedural drama Homicide: Life on the Street, 1993-1999, which ran for 7 seasons and was rounded off by a movie, Homicide: The Movie (2000), where Yaphet’s character ran for Mayor but was assassinated. Yaphet also worked as a scriptwriter on the TV series.

However, for James Bond aficionados, of course, Yaphet Kotto secured a well-deserved and iconic place in the famous gallery of major 007 film villains, when he won the role of ‘Mr.Big’, a character originally created by Ian Fleming for his second James Bond novel Live and Let Die (which was first published in the UK in April, 1954). 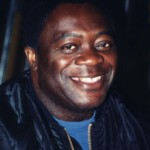 When the late Roger Moore became the third 007, making his debut in the EON movie version of Live and Let Die, screenwriter Tom Mankiewicz was keen to make use of Fleming’s material on drug barons, crime and voodoo, themes very much in the news again by the 1970s. Yaphet Kotto, who stood at 6ft 4ins, was perfectly cast as the Harlem drug lord Mr. Big, who is hatching an ambitious plan to illegally distribute (free of charge at first), a huge cache of heroin, crowding out other drug lords in the process and eventually creating a monopoly of supply for the devious villain. Mr. Big/Dr. Kananga employs the fear and threat of voodoo to protect his secret poppy-growing fields. Naturally, James Bond becomes determined to overturn the dastardly scheme.

In the personal diary Sir Roger Moore kept about the making of his first Bond movie, later published as a PAN paperback (and since republished), the third 007 recalled fondly his very first meeting with Yaphet, who was visiting the set while the crew was on location in Louisiana. Roger described his first encounter with the impressive actor with a sense of awe: Yaphet was ‘a mountain of a man; all six feet four and muscled two hundred and fifty pounds of him was waiting to meet me in the bar. I felt a bit of a bean-pole by comparison’.

In interviews where he looked back on his role as a Bond villain, Yaphet said he remained proud of his work on the movie and also argued that the film played a significant part in helping to create new opportunties for black actors in the film industry.

In 2015, film expert Christopher Frayling penned a thoughtful essay on the world of the James Bond villains and, as he pointed out, the history of Bond villainy is very much a part of the successful James Bond film formula. Bond needs a good and worthy opponent, somebody who the cinema audience will love to boo (so to speak). Yaphet Kotto’s interpretation of Mr. Big certainly gave Roger Moore’s 007 a real run for his money. It is also worth noting that Live and Let Die is one of current Bond Daniel Craig’s favourite 007 films.