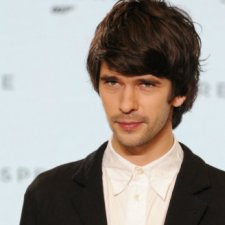 Actor Ben Whishaw, who is making a welcome return as MI6 gadgets expert ‘Q’ in the new James Bond movie SPECTRE, gave a brief interview to online journalist Emmeline Saunders, of the website ‘Heatworld’, at the special press call held at Pinewood Studios on December 4, and he hinted that there will be more gadgets in Bond 24 than in Skyfall.

The 34-year old actor, who is the voice of the popular bear in the new Paddington movie, which has stormed the UK box office, was asked various questions about the new 007 adventure, shortly after he had appeared on stage alongside the new cast members on the famous 007 Stage.

First of all, Saunders asked Whishaw what he thought of the new additions to the cast? ‘Q’ replied: ‘I think they are incredibly interesting. I’m such an admirer of all these actors who are joining the team. Lea Seydoux and Christoph Waltz and Andrew Scott… Monica Bellucci. It’s really rich and wonderful’.

Saunders then asked Whishaw what it is like to be part of the James Bond franchise as an actor? He responded: ‘To be honest it’s a lot like any other job, apart from occasions like this [the press call], when you’re suddenly confronted with the reality and you hear the theme tune and there’s people and this amazing spectacle, but day-to-day it’s like doing anything else. It’s only on days like this you’re like, “Oh my goodness – I’m in a Bond film!” and its feels massive and a bit daunting’.

Questioned about the gadgets in the next Bond movie, Whishaw said: ‘I’m definitely not allowed to say anything, but there’s a few more than last time’. The current ‘Q’ was also asked who his dream theme song artist would be the new movie, to which he responded: ‘I actually know who it is, but I can’t say. If I did I’d be hauled into someone’s office and given some very stern looks…’.

Interestingly, in an interview Whishaw gave to the UK Sunday newspaper, The Observer, in March, 2013, he gave some tantalizing hints that his character ‘Q’ may have a wider role in Bond 24. He said that he was hopeful, based on ‘tiny teasers’ from scriptwriter John Logan, that in Bond 24 ‘Q’ would be released from ‘that horrible bunker’ and would ‘go wherever the action is happening’.

Principal photography on SPECTRE began today (December 8) at Pinewood Studios in England, and locations are planned to include Austria, Italy, Morocco, and Mexico City.