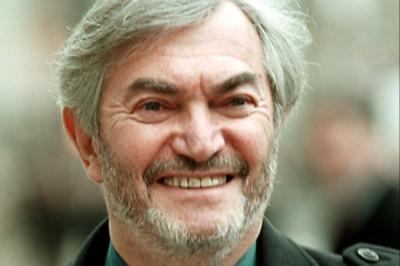 The JBIFC is sad to report that the singer and songwriter Monty Norman, associated in so many people’s minds with the iconic main James Bond theme first heard in Dr. No (1962), has died aged 94.

In the Autumn (Fall) of 1961 the new producing partnership of Albert ‘Cubby’ Broccoli and Harry Saltzman (EON) had begun the process of  searching for a music composer for their very first James Bond movie and Norman’s name had emerged as a possibility, as Broccoli had recently invested in a short-lived musical, Belle, which had music by the composer. Broccoli rang Norman and the two producers explained to Norman that they were doing all the location work on their new film in Jamaica. They invited Norman out to the Island to absorb the atmosphere and said he could bring his wife (Diana Coupland) along, too.

As Norman recalled later, the offer was too good to turn down: ‘Sun, sea and sand…’.

Norman and his wife flew out to Jamaica, Kingston, in January, 1962, and were given help by Chris Blackwell, who was acting as a locations guide and main contact on the Island for the film crew. Norman spent time absorbing the sounds and colourful atmosphere of the Island, and quickly wrote three songs for the movie: ‘Kingston Calypso’, ‘Jump Up’, and ‘Under the Mango Tree’. The plan, at first, appeared to be that ‘Under the Mango Tree’ would be used as the main theme to the film. Norman also composed a number of other pieces of music for the film’s soundtrack, again mainly inspired by the local atmosphere he had encountered in the dance clubs and other popular locations he had visited. But some of the music was also designed to capture the sense of ‘threat’ posed by the mysterious villain, Dr. Julius No, who lived offshore on his own private island, Crab Key.

Norman and his wife spent four weeks in Jamaica and then left, flying to New York and then back to London. As Norman recalled it, while in New York they had conversed with executives for United Artists (UA), played them some of the music he had composed, and UA seemed happy with what he had written.

However, all was not well. And this is where the story of the evolution of the music for the first 007 movie becomes rather complicated, as many Bond historians have acknowledged. It would appear that the editor on Dr. No, Peter Hunt, had reservations about Norman’s music and felt something more ‘punchy’ was needed besides the Jamaican-based music. Similarly, it seems the director, Terence Young, was also not all that keen on what Norman had written. In particular, both Hunt and Young (and others involved in the production, such as Broccoli) felt that a more exciting and dramatic theme was needed for the main title music, something that would capture the essence and action of the movie’s new hero and spy, James Bond.

Norman was asked if he could come up with something more fast-paced and stronger for the main theme, and (in later interviews) he recalled that he decided to use parts of an unused piece, ‘Bad Sign, Good Sign’, that he had previously written for an unproduced musical. He set aside the lyrics and used the main melody for what eventually became basis for the world-famous James Bond theme.

Yet the editor and other personnel on the movie were still not satisfied, and it was suggested that Norman’s theme needed a fresh pair of eyes to raise it’s speed and excitement level. UA agreed to approach John Barry who, over the previous three years, had achieved over a dozen UK chart hits with his group, the John Barry Seven. Barry met with Norman and discussed some ideas, but later said that he only used the now-famous opening bars of Norman’s theme and developed the rest of the theme himself. Barry was given about three days to quickly turn Norman’s outline theme into a fully-realized guitar-based main theme of about two minutes.

Norman and Barry later disagreed over the extent to which the music that became the now iconic James Bond theme was mainly down to Monty Norman or John Barry. Norman seems to have come up with the main sketch for the theme, while Barry did the powerful orchestration. The main ‘James Bond theme’ was recorded for the first time on June 21st, 1962, in a studio in London, and a more polished version was re-recorded the following month. This second version was released as a single in September, 1962.

Monty Norman was always credited for the main theme. But, perhaps to compensate Barry, Barry was promised by EON that he could be the main composer on the subsequent James Bond films, a task he was very happy to accept and which worked out brilliantly. The rest, as they say, is history. The main James Bond theme, which was also very dependent on Vic Flick’s hugely memorable guitar playing, arguably became one of the most famous pieces of film music in the world.

Broccoli and Saltzman were very pleased with Monty Norman’s work on Dr. No and immediately rehired him for their Bob Hope comedy Call Me Bwana. However, there seems to have been a disagreement over Norman’s contract and, significantly, he never worked for EON again. Although he did go on to compose and write other songs and themes for movies and musicals, he remained mainly famous for his association with the ‘James Bond theme’ and it made him large sums of money during the rest of his career. 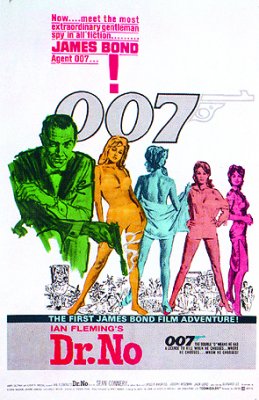