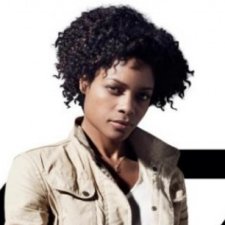 Naomie, who may be up for some awards for her recent role as Nelson Mandela’s wife Winnie in Mandela: Long Walk To Freedom, was interviewed in a hotel in central London by Jamie Graham for the January, 2014, issue of the magazine, which has just hit news-stands in the UK.

The interview, which was given to help publicise Naomie’s role as Winnie, also gave some broad background to her acting career so far.

Inevitably, the detailed interview touched upon her role as Eve, the tough MI6 field agent who turned out to be the new Miss Moneypenny in the recent and highly-acclaimed Bond adventure directed by Sam Mendes, who had a direct say in her casting. She is set to reprise her role as Miss Moneypenny in the next 007 movie, which will also be directed by Mendes, and is set for release in October, 2015.

At one point, Naomie was asked about her deft and successful handling of the Miss Moneypenny identity ‘secret’ during the making of Skyfall (she had managed to throw most people off the scent about the real identity of her character). She seemed pleased that her cover-up had mostly worked. Nevertheless, she said that being part of Bond ‘is unlike anything else I’ve experienced. The level of interest is quite extraordinary, and the level of secrecy’.

Harris was asked by Total Film about the story that her casting as Eve apparently came about because the Bond producer Barbara Broccoli saw her in the small but critically acclaimed movie The First Grader, when Broccoli had attended the 2010 London Film Festival. At least, that is the story according to Justin Chadwick, who directed The First Grader. But Naomie sees it differently: ‘That’s so funny! I credit Danny Boyle for everything.’ She said that Boyle, who gave her a ‘breakthrough’ role in 28 Days Later, was also responsible for her being cast ten years later as Elizabeth in Frankenstein at the National Theatre in London.

It was actually her role as Elizabeth in the highly praised stage role that brought her to the attention of Sam Mendes and EON’s Debbie McWilliams, who then asked her to audition for Skyfall. But Naomie also added, diplomatically: ‘Maybe Barbara seeing The First Grader helped, and it all fed in…’.

Turning to Bond 24, Harris appeared to confirm that Miss Moneypenny will be seen both behind a desk at HQ and also in the field: ‘I’d find both roles really interesting. Even being in the office I’d find satisfying, but being out in the field would be… I imagine they would get her back out in the field’.

The interview made it clear that she is really looking forward to being with the Skyfall team once again. She also praised Daniel Craig’s 007 as ‘a brilliant Bond for our times’.

Interestingly, Naomie Harris’s comments in Total Film appear to confirm some comments made by the showbiz columnist Baz Bamigboye in the UK’s Daily Mail newspaper in September, who claimed that an executive ‘close to the production’ had told him that: ‘The idea formulating in Bond-land is for Naomie to be much more of a sidekick to James, and for her to get out and harm the bad guys’.