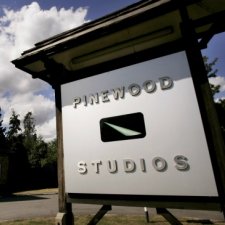 Sam Mendes, the award-winning director of Skyfall, has spoken about the importance of Pinewood Studios and its place in future film production in the UK, including the 007 franchise.

Speaking to the British newspaper The Guardian, the man who helmed Bond 23 was responding to the latest developments in the campaign for expansion of the studios. The current owners of Pinewood Shepperton have been making the case for a major increase in facilities at the famous Buckinghamshire-based studios, which has been the home to the 007 franchise for 50 years, and consists of 100 acres of land. They have resubmitted plans which were previously rejected by the local council, but now with some key modifications.

Apart from Moonraker, Licence to Kill, and large parts of Goldeneye, all the James Bond movies have made use of Pinewood, starting with Dr. No back in 1962. The head of Pinewood, Ivan Dunleavy, said the case for expansion is vital and has warned the James Bond franchise could be forced to move its base from the UK if the latest plans are not approved. He said: ‘We’re at capacity, the UK is at capacity, something has to give. If we as a sector don’t respond to the growing demand then someone else will’.

Dunleavy said the producers of the 007 movies ‘have to be financially responsible. If they get a better proposal from elsewhere than the UK can mount then they have to look after their business as well’.

Sam Mendes, who directed the latest entry in the 007 series and helped it become a global and critical smash-hit, also added his views on the new plan, a plan which is proposing a £200m development and envisages the creation of 3,000 new jobs at the site.

Mendes warned that the strong bond between the studio and the 007 film franchise can not be taken for granted. He told the Guardian: ‘Pinewood is the spiritual home of James Bond and the two franchises have enjoyed a long-standing relationship. Tradition, however, is not enough on its own. I am convinced of the need for Pinewood to keep on expanding to offer filmmakers the best facilities possible’.

Dunleavy’s plan also predicts that, if approved, the expanded Pinewood site will give a £150m-a-year boost to the British economy.

Meanwhile, further evidence has emerged of the financial impact of the 007 franchise in relation to the British economy. According to the business section of the UK newspaper The Independent, the latest James Bond movie helped drive up video sales in the first 3 months of 2013, with a surge in online viewing and sales of physical Blu-ray discs of Skyfall.

Total sales across digital and physical formats jumped by 10.1 per cent to £536.3m, with Skyfall selling 2.8m copies in the UK since its February, 2013, release.

Moreover, the popularity of Blu-ray, with more than 5m Blu-ray players now having been sold in the UK, has confounded the doom-mongers, who have claimed in the past that physical media are dying out. The sales of Blu-ray discs have more than offset a general overall decline in DVD sales, and Bond 23 has played a big role in the trend during the first half of this year.