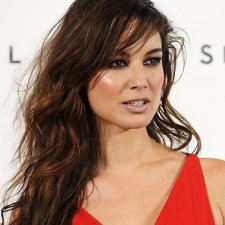 Sam Mendes has praised Berenice Marlohe’s contribution to ‘Skyfall’ in the latest edition of GQ magazine.

The British edition of the magazine (August, 2012), which has just hit news-stands in the UK, profiles the French actress and also contains the results of a sexy new photo-shoot taken with the new Bond woman in February. She also features on the front cover of the magazine.

Berenice, who plays the sensuous and mysterious Severine in the movie, talked to GQ about her struggle to gain strong acting roles in her home country, and said that, with an English or American movie, ‘there is just more magic’. When the auditions for ‘Skyfall’ came up, she was very determined to get an audition. And three auditions later, she was given the role.

Sam Mendes told the magazine that it was Berenice’s Asian lineage (the very thing that had held her back in France, apparently), that clinched the role for her. He said: ‘She has that thing that many of the classic Bond girls have, which is that she’s a real woman with a mature sexuality. But also there’s a real mystery to her. She has this Asian heritage, which for us in the story – her part takes place in Shanghai and Macau and out in the South China Sea – was perfect’.

Berenice said that she draws inspiration from Famke Janssen, who played Xenia Onatopp in ‘Goldeneye’ (1995) and, interestingly, she also greatly admires the actor Christopher Walken. She said: ‘I like actors who don’t go in the conventional ways, and Bond is great for that’. She also revealed that Mendes told her that when he first imagined the role, ‘he imagined someone looking like me. So I was very happy’.

GQ also contains a brief article by Jonathan Heaf on the Bond women over the course of the film series, trying to identify the qualities they all have in common.

The new August edition of GQ (Gentleman’s Quarterly) magazine is on sale in the UK now, priced £3.99.