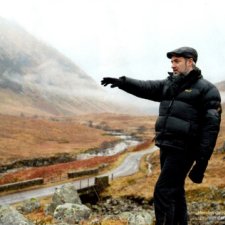 On the eve of the opening of his new musical Charlie and The Chocolate Factory at the Theatre Royal in London, Skyfall director Sam Mendes has confirmed in public for the first time that he has been in talks with the James Bond producers about the possibility of still taking on Bond 24.

As the JBIFC reported on May 29, dramatic rumours recently emerged that, after initially saying he could not commit himself to another 007 movie given his impending theatre projects, Mendes had changed his mind, and was now back in negotiations. A key incentive had apparently been an offer by the producers of greater scheduling flexibility over the start of production on Bond 24.

In a detailed interview given to Mark Shenton of the UK’s entertainment industry newspaper The Stage (June 13), the award-winning director of Bond 23 has now confirmed that he has been in talks, but also cautioned that ‘nothing is going to be determined until Charlie and The Chocolate Factory has opened’. He explained further that: ‘I’m literally here from 8.30am to midnight every day, and it occupies every inch of my attention. So we’ll make decisions about that once Charlie has opened’.

The Challenge of Charlie

The Skyfall director also reflected on the sheer scale and challenge of his new musical in the interview. At one point Mendes commented: ‘Of all the things I’ve done, whether it be movies on a very big scale or a smaller one, or whether it be big plays or small plays, or running a theatre, new musicals are the most difficult’.

Moreover, 47-year old Mendes, who has spent much of his illustrious career in the British theatre, pointed out that on this particular musical: ‘There are so many primary creative voices who all have equal status. You’re not just dealing with one writer, you’re dealing with three in this case’. He also emphasised the importance of the role of the designer, ‘and then of course the choreographer is the other primary creative voice’.

Interviewer Mark Shenton reminded readers of The Stage that, in its current incarnation, Charlie has been in gestation by Mendes since 2009. He also quoted Mendes as saying: ‘But you know it goes back even further than that. When I was at University I tried to get the rights to do a version on the Edinburgh Fringe. And then I tried again at Chichester when I was running the Minerva to do the first proper stage production… Then I tried when Trevor Nunn was running the National… but again we couldn’t get the rights. They were being held by Warner Brothers, who wanted to make another film version’. That new film version eventually happened in 2005, when Tim Burton directed Johnny Depp as the main character Willy Wonka.

According to British theatre insiders, there have inevitably been a few teething problems with the new stage version, confirming Mendes’s views about the enormous challenges involved with such a complex production. Three days before the first preview, for example, customers were advised that the first two previews had been cancelled because of a problem with a piece of stage engineering. Indeed, at one point in his interview with The Stage, Mendes expressed his joy that the spectacular glass elevator which forms a key part of the show had finally been put in place.

The Mendes version of Charlie and The Chocolate Factory, with Douglas Hodge in the role of the eccentric Willy Wonka, is due to open to the general public on June 25, at the famous Theatre Royal in Drury Lane, central London.

Bond trivia note: The original story on which Charlie is based was penned by the famous children’s author Roald Dahl (1916-1990), who had been a wartime British Intelligence colleague and also good friend of 007 author Ian Fleming.

In the 1960s, when it became clear that screenwriter Richard Maibaum was unavailable for the fifth Sean Connery Bond adventure, the EON producers Cubby Broccoli and Harry Saltzman approached Roald Dahl to write the screenplay for You Only Live Twice. At first Dahl was hesitant, but finally agreed.

But according to Dahl in later interviews, when he looked at Fleming’s novel for ideas, he was not impressed. In fact, he said he really didn’t know ‘what the hell Bond was going to do’, so he decided to write a completely fresh story using only a few elements of the original Fleming novel.

Dahl was also under a lot of pressure, as he only had six weeks to deliver a first draft of his screenplay. So, as he recalled, he turned back to the film version of Dr. No for part of his inspiration for his new version of You Only Live Twice (1967). Some Bond historians have suggested that this may explain the sci-fi dimension to the fifth Bond movie.