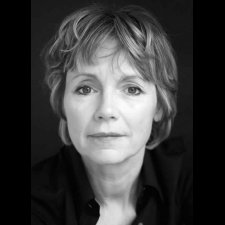 Lucy Fleming, who is Ian Fleming’s niece and one of the controllers of the late Bond author’s estate, was interviewed in the London Evening Standard on October 3.

Lucy gave the interview to help publicise the new editions of the Ian Fleming Bond novels and a new range of audiobooks of the 007 thrillers. She is also in the new Bond documentary, ‘Everything or Nothing’, along with Blanche Blackwell, who had an affair with Ian Fleming and is said to be the model for Honey Rider in Fleming’s Bond novel ‘Dr. No’.

Lucy Fleming said she has not seen the new Bond movie ‘Skyfall’, but she has read the script, as it is one of the duties of being a guardian of the Fleming literary legacy. She told the newspaper: ‘We look at the things about Bond that might be inaccurate, but the film-makers generally know as much as we do. If there’s a glaring thing, such as that Bond loves tea, we point it out – Bond hates tea’.

At point in the interview, Lucy did reveal that the producers wanted to clarify something in Bond’s past. She also confirmed that the Sam Mendes movie will continue the revisionist arc that began with ‘Casino Royale’ in 2006, taking Bond back to his literary roots.

She said she loved ‘Casino Royale’ partly because Daniel Craig’s Bond was ‘very tough and fit and all that, but he does feel pain and he does worry and he does have sensitivities’, and partly because it was as close to a loyal period piece as a modern film could be: ‘I think Skyfall will do that too’.

Lucy, who made her name as an actress in the 1970s with a key role in the BBC sci-fi drama ‘Survivors’, also talked about her family background. She is the youngest of three children born to Ian Fleming’s older brother Peter and his wife Celia Johnson (who was the female star of the famous film ‘Brief Encounter’). Lucy told the Standard that she remembers uncle Ian fondly, as he was ‘great with children. He didn’t speak down to us as people did in the 1950s and 1960s. And he always arrived in these big cars’.

She also recalled attending the premiere of ‘From Russia With Love’ in 1963, and the day when she was given the sad news by her father that her uncle Ian had died (in August, 1964).

Interest in the creator of James Bond, especially in this 50th anniversary year of the Bond film franchise, remains as strong as ever. On October 7, the UK’s Sunday Times newspaper ran an interview with the astonishing Blanche Blackwell, who is looking forward to celebrating her 100th birthday next month.

A special birthday party is being planned by her son Chris (the founder of Island Records and owner of Fleming’s home ‘Goldeneye’ in Jamaica), and it is expected that up to 100 guests will be present.

In the interview in the Sunday Times, Blanche recalled her relationships with her two great loves, the Hollywood actor Errol Flynn and Bond author Fleming. On Ian Fleming, she spoke of a seemingly telepathic kinship with the Bond author and about having known what he was doing, even when her lover was off on another continent.

She said at one point: ‘There was a time when I was in New York and I saw an Aston Martin in a showroom downtown. I felt drawn to speak to Ian and tell him about it. When I did, he said he had just ordered the precise model’.

The ‘007 Reloaded audiobooks, which are aimed at bringing the original Ian Fleming Bond stories to the iPod generation, are available in UK bookshops now, or from audiogo.com