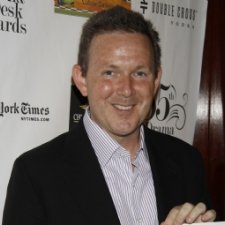 No sooner had Bond 23 been released in the UK than some news emerged about Bond 24. According to press reports on Friday October 26 in both Britain and America, ‘Skyfall’ co-writer John Logan has been hired as the solo screenwriter for the next James Bond movie (Bond 24), which will be ready to hit cinema screens in the autumn of 2014.

The showbiz writer Baz Bamigboye, who was seen at the ‘Skyfall’ premiere at the Royal Albert Hall last Tuesday, writing in his regular column in the British newspaper the Daily Mail on Friday, claimed that plans are well under way for Daniel Craig’s next 007 thriller. He said that Bond 24 ‘is already in pre-pre-production’ (as he put it), the plan being to start shooting the movie at Pinewood Studios ‘around this time next year’, so that it is ready for cinema release in the autumn of 2014.

Bamigboye added that screenwriter John Logan, who was brought in to re-write the exiting ‘Skyfall’ screenplay created by Bond regulars Neal Purvis and Robert Wade, will pen the Bond 24 script on his own. Moreover, according to Bamigboye, Purvis and Wade, who have worked on every Bond film since ‘The World Is Not Enough’ in 1999, have decided it is time to move on. An unnamed executive associated with the two writers apparently said: ‘They’ve had a tremendous run’.

In a statement of the obvious, Bamigboye also told Mail readers that the outline for Bond 24 is ‘a closely held secret’ and, so far, only the Bond producers Barbara Broccoli and Michael G. Wilson, together with Bond star Daniel Craig and some ‘trusted aides’, know the new storyline. Bamigboye also said that Naomie Harris, Ben Whishaw, and Ralph Fiennes will begin negotiations over the next few months for their return in Bond 24.

The same day (Friday October 26), the American movie trade paper Variety also ran a report, written by Dave McNary, which provided a bit more background context to the plans for Bond 24. McNary also said that John Logan will take full writing duties for the next 007 film, and that he has developed a story arc that will stretch into Bond 25. Logan apparently pitched the story for Bond 24 to the Bond producers during the summer of 2012.

This news has already started some rather frenzied internet speculation over what Logan might be planning. In the past he has raised the possibility of reviving Blofeld and Spectre, while the Bond producers Broccoli and Wilson in recent statements also did not rule out the possibility of re-using the Spectre or Quantum organisations.

Meanwhile, Purvis and Wade, who created the haunting place name that became the title for ‘Skyfall’, are reported to be preparing their next film project, ‘Corsica 72’, a gangster crime drama.