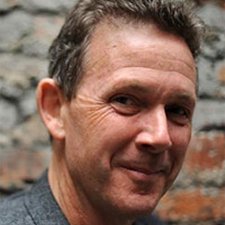 Screenwriter John Logan, who helped pen the screenplay for Skyfall and is the solo writer on the upcoming Bond 24, has been interviewed for the new July 2014 edition of the UK’s Empire film magazine, which has just hit the shelves of retailers in Britain.

In the their first readers’ poll for six years, the best-selling movie magazine received thousands of votes for their survey of ‘The 301 Greatest Movies of All Time’, and Skyfall was placed at the excellent position of number 45.

The magazine has revealed that it received a personal message from the director Sam Mendes who, on hearing the good news, wrote that he was ‘thrilled’ that the movie was ranked at 45. Mendes also noted that ’45 was how old I was when I started Skyfall. Nice’.

As part of its coverage and appreciation of Daniel Craig’s third 007 movie, Empire was able to interview John Logan about his thoughts on Skyfall a year-and-a-half after it was premiered, and also quiz him very briefly about Bond 24.

Logan said that, even today, he found it hard to elaborate how he felt about the film breaking all box office records and becoming the biggest-ever movie in the UK: ‘I was simply staggered’, he said. He also told Empire: ‘Skyfall was the best time I’ve ever had working on a movie. To have my joy in the process reflected in the success of the movie is very rewarding’.

When he was asked why he thought so many people worldwide had embraced the movie, Logan responded: ‘I think because we took all the characters, the franchise and the audience seriously and treated them with respect. The film has a heart and real passion – and that’s what audiences respond to most. I think Bond fans in particular were pleased to see such obvious love on our part for the history of the franchise’.

When Empire noted that Skyfall had brought back a ‘classic’ Bond feel, despite all the interesting new elements, Logan explained that he had grown up on Bond and he loves the books and the movies: ‘All I ever wanted to do was try to be true to Ian Fleming’s classic creation: sardonic, sly, tough and with some panache’.

The Empire interview also touched upon the return of ‘Q’ and Moneypenny to the franchise, and the particular challenges involved in killing off Judi Dench’s ‘M’ in the movie. Logan said that they had ‘revised the actual death scene constantly’.

Logan also praised Daniel Craig’s interpretation of 007 (‘Read the end of Moonraker and you’ll see Dan’s Bond in every line’), and Sam Mendes for his care for the script: ‘He cares so deeply about every element of the script. Every line, every speech, every silence, every description’.

Towards, the end of the interview, when he was asked about the key lesson he learned from Skyfall that he will take into Bond 24, Logan responded: ‘Take it seriously. Find the wit. Be brave’.

Accompanied by three behind-the-scenes stills, the Empire tribute to Skyfall also offers readers the opportunity to enter a competition to wn tickets for the relocated ‘Bond In Motion’ exhibition, which is now housed at the London Film Museum in central London.