The best-selling author William Boyd, who penned the James Bond novel Solo back in 2013, has revealed that he thinks he has pinpointed where Ian Fleming’s secret agent 007 actually lived – in a flat in a house in Wellington Square, which is just off the King’s Road in Chelsea, not far from Hyde Park in central London.

In an article for the Times Literary Supplement (17th July), sub-titled ‘How I found James Bond’s precise address’, Boyd argues that 007’s creator Ian Fleming gave some big clues about which Chelsea Street he had chosen for his famous fictional creation’s home. Boyd writes that, when he was preparing for his own Bond novel Solo, he carefully re-read all of Fleming’s books for information about James Bond’s character and also for background context and, in the process, also searched for clues about which Street Fleming actually had in mind for Bond’s home.

According to Boyd, the three Fleming 007 novels Moonraker, From Russia With Love and Thunderball provided him with the crucial clues. In Moonraker (1955), for example, Fleming referred to Bond’s home as a ‘comfortable flat in a plane-tree’d square off the King’s Road’. Moreover, according to Boyd, Fleming let slip a ‘crucial co-ordinate’ in Thunderball (1961), when he has Bond swerving out of the Square and then ‘fast up Sloane Street’ and into Hyde Park.

From London With Love

Boyd acknowledges that Wellington Square had been previously identified by 007 experts, especially as the spoof James Bond biography by John Pearson, published in 1973, identified Bond’s residence in the Square as being at No.30. But, Boyd notes, this had been a private joke by Pearson, as one of his University friends had lived at the property. 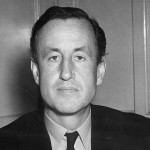 In Boyd’s estimation, the more plausible address for James Bond is No.25 Wellington Square which, interestingly, had once belonged to Desmond MacCarthy. Significantly, MacCarthy was the chief book reviewer at The Sunday Times when Ian Fleming was the newspaper’s Foreign Manager. Fleming was also a friend of Cyril Connolly, a protege of MacCarthy. In addition, in Boyd’s view, two key clues came in From Russia With Love (1957), where Bond’s London residence was described as having a ‘long, big-windowed sitting room’, which was ‘booklined’.

Thus, in Boyd’s estimation, the ‘circumstantial evidence is compelling’ – MacCarthy and his wife were big entertainers ‘and their home became a kind of salon’. Boyd argues: ‘It is highly probable that Fleming went to one or more of the MacCarthy’s parties’. Furthermore, as many Bond aficionados know, Fleming peppered his books with various references to Bond’s wide reading – which was ‘another spin-off from Fleming’s location of Bond’s flat in Desmond MacCarthy’s house’.

It’s an intriguing piece of research by Boyd, whose Bond continuation novel was released in the UK in September, 2013. It is evidence that the author retains a strong interest in the world of Fleming and Bond. As Boyd notes, when he was interviewed by a French radio station, he was able to say to them: ‘Number 25, Wellington Square. That’s where James Bond’s flat was’. Boyd finishes his article with the tongue-in-cheek comment: ‘Stand by for the Blue Plaque’.

In the fourth Daniel Craig James Bond movie, Spectre, the director Sam Mendes was keen to have some shots of Bond’s ‘booklined’ flat, so the Art Director on the movie contacted Stephen Foster, a key secondhand and antiquarian book-dealer from Chiswick in south-west London. Foster, who had also provided advice on M’s flat in Skyfall, was consulted by the Spectre set-dressers for advice on which books 007 would have kept on his bookshelves (see ‘Licensed to Read’, the JBIFC’s report on this published in September, 2015). 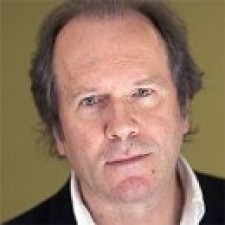