Truly spectacular, 007! The special UK press screening of the new James adventure SPECTRE, which took place yesterday (Wednesday), has led to a wave of early reviews in the British press and on TV, and the overwhelming verdict is that this is one of the best films in the series, and clearly takes the franchise to a new high.

With just four days to go before the official World Premiere in London, the JBIFC will not yet offer a review ourselves. But we felt it would be really great to give loyal Bond fans and other movie aficonados a brief (but spoiler-free!) taste of what our hard-nosed British film journalists have been saying about their exclusive advance viewing of the 24th Bond movie.

The BBC, that bastion of Britishness, was one of the first TV channels to offer a detailed verdict. Speaking on the BBC’s ‘Breakfast’ TV programme this morning (Thursday), for example, film critic Jason Solomons said SPECTRE has all the things you would want in a James Bond movie: it ticks off a checklist of ‘Bondian’ features and, moreover, delves into Bond’s psychology more than ever before. He gave it 008 out of ten. High praise indeed.

Turning to Bond’s paper of choice, The Times (October 22nd), the newspaper offered a review from film critic Kate Muir, entitled ‘Cool, sleek, powerful: it’s Bond at his best’. As far as Muir was concerned, Daniel Craig’s fourth outing as 007 is ‘achingly cool, as sleek and powerful as the Aston Martin DB10 that races through the movie’. She noted that director Sam Mendes and Bond actor Craig  ‘are now so comfortable with the late-007 action genre that a relaxed wit percolates almost every scene’.

The UK’s Guardian newspaper (October 22nd) was also full of praise for the new Bond movie. The paper’s film critic Peter Bradshaw wrote: ‘Bond is back, and Daniel Craig is back in a terrifically exciting, spectacular, almost operatically delerious 007 adventure… It’s pure action mayhem with a real sense of style’. The Daily Telegraph (October 22nd) also shared the strong enthusiasm, with its verdict of the film summed up in the very title of its review: ‘Journey through the ghosts of Bond’s past is pure cinematic delight’. The newspaper’s film critic Robbie Collin, perhaps taking the opening ‘Day of the Dead’ sequences or a funeral scene as his cue, argued ‘no film series has been better at raiding its own mausoleum, and throughout Spectre, ghosts of Bond films past come gliding through the film, trailing shivers of pleasure in their wake’.

The equally high-brow Independent (October 22nd), which carried a review by Geoffrey Macnab, was a bit more cautious, but still emphasised that, as an action movie, SPECTRE is every bit the equal of its predecessor, Skyfall, and – for at least half its running time – this is as good as Bond gets: ‘a rip-roaring and very stylishly made thriller with tremendous production values’. Macnab also added later in his review: ‘Bond is described as being like “a kite in a hurricane”, a description which cutely sums up the cinematic mayhem that Mendes unleashes’.

Turning to the British ‘red-top’ and other popular newspapers, the sheer enthusiasm for the new Bond movie was very much in evidence today. The UK’s Daily Mirror newspaper (October 22nd), for example, proclaimed on its front-cover page that ‘Bond will leave you shaken and stirred’. Inside, a review by David Edwards, entitled ‘Bond is back… with a blast’, said the movie is ‘stirring, soul-shaking stuff’, and is an adventure ‘right up there with the superspy’s best’. Edwards said that Craig ‘is reliably superb in his fourth outing as Bond’, and he warned cinemagoers: ‘Prepare to be shaken, stirred – and most definitely shattered’.

Similarly, the Mirror‘s rival red-top newspaper, The Sun (October 22nd), was also full of praise. In fact, the newspaper offered two reviews, one male and one female.  In a review written by their showbiz reporter Ryan Kisiel, the paper’s first review said the new film ‘has a plot to keep you stuck on the edge of your seat’. Kisiel added: ‘As a die-hard Bond fan, I’m relieved Spectre finds the balance of paying homage to previous films while also exciting those seeing their first 007 movie’.

Kisiel said that Craig ‘is on top form’, and the movie ‘has some of the most impressive actors and actresses ever assembled for a 007 film’. Sitting next door to this on the same page was a review by The Sun‘s other main showbiz reporter, Emma Brankin, who offered a more nuanced review, but nevertheless remained certain that SPECTRE is ‘vintage Bond’.

If you set your Aston Martin’s radar to also pick up sound signals, you will undoubtedly hear the pop of champagne corks at EON and MGM. Dan, Sam and all their hard-working team deserve huge congratulations. The new film has passed its first big critical test with flying colours and all guns blazing. Welcome back, 007.

The new Bond movie receives its World Premiere at the Royal Albert Hall in London on Monday, October 26th, 2015. Are you ready?? 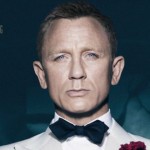 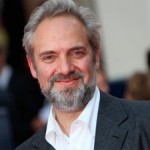 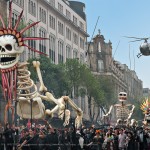 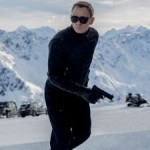