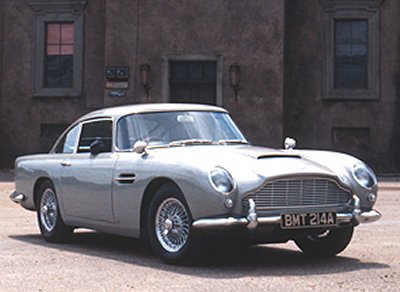 It was shot originally as a tie-in to what was going to be the April release of No Time To Die (which has since, of course, been put back to the autumn). But Top Gear fans will still be treated to the Bond episode this month.

The new series of Top Gear, which has released publicity photos of Flintoff as Stromberg’s henchman Jaws, McGuiness as James Bond, and Harris as Scaramanga’s devious assistant Nick Nack, will have a special episode in which the team get to test out some Bond vehicles and also recreate a stunt scene from one of Roger Moore’s 007 movies, A View To A Kill, his final entry as Bond.

Paddy McGuinness (who is a big Bond fan) was given the opportunity to wear a tux and drive an Aston Martin DB5, worth a cool £3.3m, which he thoroughly enjoyed and said he thought ‘It doesn’t get better than this’ – he was ‘Living the dream’. Meanwhile, with Freddie Flintoff made up as Jaws and Chris Harris playing Scaramanga’s small henchman Nick Nack, the team recreated the scene from A View To A Kill when 007, in pursuit of the assassin MayDay in Paris, ends up in a Renault 11 that has been chopped in half. Chris commented: ‘Half a car is the way forward!’

McGuinness, in comments to promote the show, explained: ‘I think your favourite Bond is related to the era you got into Bond – and mine was Roger Moore’. Harris, on the other hand, is more a Daniel Craig fan: ‘I think Daniel Craig is a fantastic Bond because I just quite like the moody, dark thing’.

The new four-part series of Top Gear is on BBC-1 on Sundays at 8.00pm. 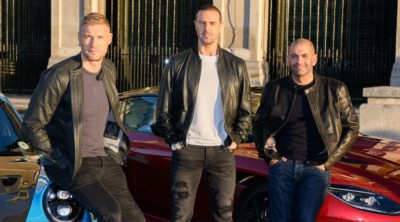