Lisa Dillon back as a Bond woman 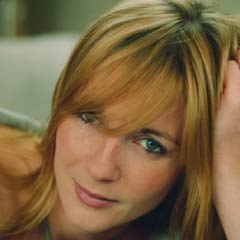 The RADA-trained and award-winning British actress Lisa Dillon, who has taken roles in previous BBC Radio-4 Ian Fleming James Bond stories, will play a Bond woman in Thunderball, the latest and sixth adaptation of a Fleming 007 novel produced by Jarvis and Ayres Productions for the BBC.

The JBIFC understands that Toby Stephens will also reprise his role as 007, and that the story was recorded in London in June, 2016, using the same recording studio where previous Bond stories have been produced.

Further details on the cast and guest stars will be released soon.

Although details are still sketchy, it is thought that Dillon will play the central role of Domino in the new adaptation of the James Bond author’s popular story, which is set mainly in England and the Bahamas, and involves the theft of nuclear weapons by Ernst Stavro Blofeld’s criminal syndicate SP.E.C.T.R.E. The actress, who has worked with the Royal Shakespeare Company and is the girlfriend of former Star Trek actor Patrick Stewart, has expressed her delight at being involved in another Jarvis and Ayres Bond adaptation.

It will be the fifth time she has contributed to the Jarvis and Ayres audio Bond series (she was not involved the 2012 adaptation of From Russia, With Love, where the main Bond woman, Tatiana, was played by Olga Fedori). Dillon has previously played Honey Rider in Dr. No in 2008, Tilly Masterson in Goldfinger in 2010, Tracy in On Her Majesty’s Secret Service in 2014, and Tiffany Case in Diamonds Are Forever in 2015.

As the JBIFC have previously reported, our favourite spy 007 and BBC Radio-4 in the UK are uniting once again for the latest Jarvis and Ayres entry in the audio drama world of James Bond, in what promises to be an exciting adaptation of the ninth Fleming Bond adventure (which was originally published in 1961, and filmed by EON in 1965). The highly successful Jarvis and Ayres Productions company is run by Martin Jarvis and his wife Rosalind Ayres, who have a strong track record in producing radio dramas and also comedy shows. Jarvis himself often directs the dramas.

The BBC’s publicity department have announced that the latest 007 BBC radio adaptation will be transmitted on BBC Radio-4 on Saturday, December 10th, 2016, at 2.30pm. The 90-minute audio play is the sixth radio production of a Fleming James Bond thriller on BBC radio since 2008.

Toby Stephens (see photo below), first took on the role of James Bond in Dr. No in 2008. This was followed by Goldfinger, From Russia With Love, On Her Majesty’s Secret Service, and – just last year – Diamonds Are Forever. Stephens, of course, is very familiar to Bond aficionados as, uniquely, he has played both 007 and a Bond villain: in 2002 he was the main baddie Gustav Graves in EON’s fourth Pierce Brosnan Bond movie Die Another Day. Previous radio productions from Jarvis and Ayres have also seen John Standing as ‘M,’ Janie Dee as Moneypenny, and other special guests taking on key roles, with Martin Jarvis a regular presence as the voice of Ian Fleming.

Jarvis and Ayres have been praised for their determination to offer faithful adaptations of the original Ian Fleming Bond stories. In 2010, Jarvis explained to the UK’s popular SFX magazine that one of the remits behind his James Bond radio productions is that ‘we’re not making a version of the movie. We go back to the novel and keep great faith with it’. In other interviews, Jarvis has emphasised how their versions of the Fleming thrillers are designed to feed the imagination and capture the original atmosphere of the plot settings as intended by Fleming, something that perhaps gets lost in the big-screen film versions.

One of the ideas in 007 creator Ian Fleming’s ninth Bond novel may have been based on something he became aware of during the Second World War. SP.E.C.T.R.E. operative Emilio Largo’s luxury yacht, the Disco Volante, had a special secret underwater trapdoor. During the War, Fleming, who was a Naval Intelligence officer, learnt that the Italian crews of miniature underwater human torpedoes, who had tried to blow up British ships in Gibraltar Harbour, had exited from a secret trapdoor in the bottom of an Italian tanker. Bond historians have suggested that this incident caught Fleming’s imagination and probably influenced his plot for Thunderball. 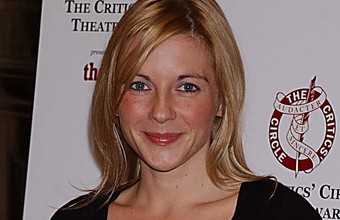