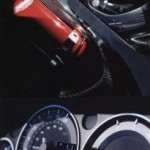 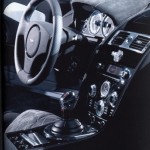 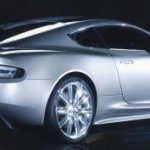 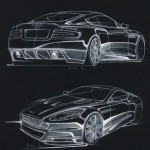 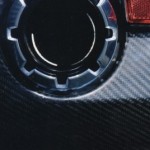 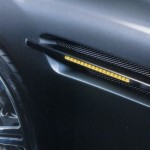 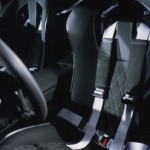 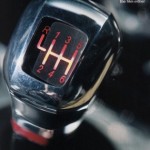 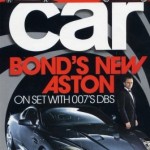 This years new Bond car is also next year’s new Aston Martin DBS. On the set of Casino Royale we ask, is this 007’s coolest ever car?

So, ladies and gentlemen, the new Bond car. The Aston Martin DBS. Cast your eye over it for a second, to formulate some kind of gut instinct response (it’s a gut instinct kind of car). Yep, me too.

‘What did Daniel Craig say the first time he saw it?’ ponders Aston’s rangy design director Marek Reichman.
‘Hmm. Well, his exact words were, “I just want to lick it…”’

Today’s a big day; the day when the world’s sexiest company car is handed over to the world’s least secret secret agent, James Bond.
All the major players in this ultra high profile piece of product placement are present hereabouts, plus a few privileged hangers-on, including CAR.
The key in an operation of this magnitude (total budget: approximately $150m) is to blend into the background when required to. Or as Q might have it, ‘Try not to break anything, Barlow.’

Shooting on Casino Royale, the 21st Bond film since the series began in 1962, has reached the halfway mark, 13 weeks into a punishing 26-week schedule. The cast and crew have swapped the balmy tropicalia of the Bahamas for the chilly brutalism of Prague’s Barrandov studios, where beneficent local tax laws and an eye-catching mid-European architectural aesthetic combine to make this a good place to film New Bond (the movie).

Inside sound stage seven, New Bond Daniel Craig (the actor) is in the middle of a pivotal poker sequence in which 007 must outwit the treacherous Le Chiffre in order to secure some vital intelligence. It’s not all bad, though; this particular scene calls for Craig to kiss Mediterranean beauty Eva Green – playing Bond’s love interest Vesper – a task that requires a total of nine arduous takes before the director pronounces himself happy.
The mood on-set is jovial but business-like – nothing haemorrhages money faster than an out-of-control film production.

Behind the artfully constructed casino façade, tuxedoed extras lounge on Barrandov’s 1930s period seating. You realise just how accurate Ricky Gervais’s brilliant comedy really was.
In a separate warehouse, meanwhile, sits the DBS, trucked over just yesterday from Aston’s Gaydon HQ after a phenomenally tight production schedule, now seeking final approval from the Bond grandees and from the man himself. It’s a key moment; no film franchise is as thrillingly car connected as this, no car maker perched higher in the 007 hierarchy than Aston. The stakes are steep here, too.
But there’s a major twist. For the first time, 007 isn’t just getting to play with an existing Aston – as he did variously in Goldfinger, The Living Daylights or Die Another Day – he’s getting a brand new one. A new Bond car is an event; a new Aston Martin never less than memorable. But when those two worlds collide…

So where does the DBS fit into the Aston scheme of things? Well, it’s essentially the company’s new flagship. Talk to the boss, the endlessly enthusiastic and permanently impassioned Dr Ulrich Bez, and while he’ll confirm that the still compelling Vanquish played a key role in rehabilitating Aston, there’s a palpable impatience to get on with the next high performance phase.
The Vanquish is an old-school heavyweight, a beautiful bruiser, but a bruiser nonetheless.
The DBS, on the other hand, uses the Vertical-Horizontal (VH) architecture, that lightweight nexus of bonded aluminium bits that underpins both the DB9 and the Vantage to such tangible effect. The car makes its world debut proper at next January’s Detroit show, and a first drive is probably a year away. So this is it for now, a supercharged, secret agent-assisted advance preview.
We’re not complaining. This is an astonishing looking car. It’s obviously DB9 based – which might occasion just the tiniest flicker of disappointment at first glance – but the longer and harder you look at it, the more ingenious visual secrets it gives up.
Check out the front wheel arches, the new face, and the rear end boot bulge that references the original Bond DB5. The wider rear track, and the windscreen that appears to sit at a far more aggressive angle. The eye-popping 20-inch wheels, and the enormous ceramic brake discs lurking behind them. It’s a DB9 alright, but with a distinctly different character.

‘The DB9 is a beautiful car,’ Aston design boss Marek Reichman says, ‘and beauty by interpretation tends towards the feminine. So the DB9 is like a beautiful woman, feminine without being effeminate. There’s a softness to some of its surfaces, a fullness… look I don’t want to use the word voluptuous but…’ – his hands inscribe a universally familiar shape in the air – ‘… this is definitely more masculine.’

Pre-production on Casino Royale commenced in August 2005, a furious mix of location scouting work, crucial (and heavily tabloid charted) casting decisions, and general million dollar deal making. Reichman and his team began work on the Bond car even before arrangements between Eon Productions (the franchise’s custodians) and Aston Martin had been finalised.
‘We started sketching in September and had a full size clay buck by early October,’ he recalls, ‘and that’s when the Bond team visited the factory. You know, there was curiosity on both sides. We wanted to meet the new Bond, work out whether it was even a good association for us. But Daniel’s a very cool guy, and it was only when I met him that I began looking beyond the character of Bond and really looked at how we’d make the car for him, too. Then there’s the premise of the new film, which is much darker. And that absolutely fits with this car.’

For Bond fans of a certain yen – Connery beats Moore almost every time, early Brosnan rather than later – this all sounds highly promising. As for the DBS, well while Aston tinkers with its exact spec, detailed technical information is being suppressed with a tenacity worthy of MI6 itself. But here’s the intelligence so far.

The bonnet, front wings and boot lid are all
made of carbonfibre, the other bodywork
components aluminium. There’s a carbonfibre splitter at the front, to help feed an enlarged oil cooler mounted just behind a bigger radiator. As well as helping to provide a stronger performance face, a second series of horizontal and vertical ducts
in the grille and front bumper funnel air to mighty ceramic brakes (they’re 430mm in diameter).
Those engorged arches wrap around huge new wheels and tyres, and are conjoined by some predictable but aerodynamically astute sill extensions.
The rear track is 40mm wider, and there’s a diffuser and ‘rear flip’ to assist airflow and downforce. The exhausts have a black core with a castellated aluminium outer ring to help dissipate heat. The whole thing is set off by a specially commissioned paint-scheme, the lustrous ‘casino ice’. As for the wheels, well they’re actually exotic looking stand-ins. ‘The correct wheels are on a plane on the way from Japan,’ Reichman confirms with gentle exasperation, ‘and they’re finished like a magnesium motorbike wheel. They have the minimum of bling…’

Think of the DBS as a roadgoing version of the DBRS9 track racer (see page 100) and you’ll be close, with the 6.0-litre V12’s power output likely to put it squarely between that beautiful beast and the 520bhp Vanquish S – say, 530bhp. Expect the DB9’s 1.7 tonne weight to be pared back to about 1.5 tonnes: even the famous Aston side strakes (here with LEDs) are in pared-down lightweight ally. In fact, about 25 or 30 key components have been removed altogether.

Including the vestigial rear seats (if Bond ever gets round to procreating, there’s always the Rapide). If anything, the DBS’s interior is even more alluring than its exterior. Reichman demonstrated a delirious attention to detail with Aston’s four-door concept (CAR, April) and he’s enjoyed himself here too.

A strict two seater with a track bias, the junked rear seats have been replaced with two carbonfibre pods housing a pair of predatory looking bespoke Arai crash helmets. There’s a fire extinguisher too. The steering wheel is trimmed in leather with a carbonfibre imprint, and the dash is swathed in ‘naturanab’, a super tough and highly tactile impregnated leather.
There are carbonfibre race seats with four-point harnesses and a ‘memory foam’ that recalls the driver’s shape, and the centre console is faced in piano black lacquered wood and chrome, its redesigned stereo and air con controls previewing next year’s production car’s.
Instead of a conventional key, a stubby aluminium lozenge slots into a dash slot, and there’s a stopwatch in the console that can be unclipped – ‘it could double as a tracking device,’ Reichman says conspiratorially. Bond’s DBS is fitted with the six-speed Graziano manual – with a gaiter whose pattern glows red to white as each gear is selected – though the excellent sequential ’box will also be available.

But what of the ejector seat? The armoury of concealed weapons? The invisibility shield or ability to turn submersible at the drop of a hat?
All history. It’s ironic that in a world currently defined by iPods and PDAs, the new Bond car is largely gadget free. It’s a reflection of the ethos guiding the whole film: this is a back-to-reality Bond, a gritty and contemporary spy thriller conceived by a film industry whose rules of engagement were altered irrevocably the day real terrorists flew a pair of passenger jets into a global landmark.

‘Casino Royale is Bond’s coming of age story,’ says Barbara Broccoli, the film’s co-producer. ‘It explains why he is who he is.’ Daughter of film industry titan, the late Albert ‘Cubby’ Broccoli, it’s down to her and her Eon partners to zap Bond into the zeitgeist, no mean feat after 44 years.
‘This isn’t about being a custodian, it’s about making the best movie we can. There’s a realisation that this is a dangerous world, that people have a more serious, measured view of world events. [The Bond] films reflect the times, and James Bond means different things at different times. Right now there are worries about world order and global security, but people have always loved the idea of heroic men on the ground. In Casino Royale, we’ll really uncover the Bond character.’
Broccoli is also an excellent businesswoman, and must massage lucrative partnerships with the likes of Brioni, Smirnoff, Bollinger, Omega and Persol effortlessly into her film.

And Aston Martin?
‘A purely commercial arrangement? Not at all. It’s an emotional thing. Bond and Aston go way back. Even when we were using other cars we tried to maintain the link. Bond’s personal car in GoldenEye was a DB5. It’s great now to have an Aston management that recognises the love affair.’
As for 007 himself, well for the record I think they’ve got the right man for the job. Gambling and lady-related shenanigans done for the day, Daniel Craig joins us at dinner, and proves to be personable, patient, and the possessor of a pair of eyes of such a phenomenally steely hue that they could out-blue Sinatra himself.
Frank, though, probably never owned a Datsun Cherry, or cancelled his first driving test because he was too hungover to attend. We also have an amusing chat about the intricacies of the ‘dogleg’ first gear on an old Fiat he drove in a scene in Steven Spielberg’s Munich. And while he denies ever saying he wanted to ‘lick’ the DBS he’ll soon be weaving at high speed through Prague’s streets, he breaks off our conversation to corner and congratulate a visibly chuffed Marek Reichman. The patter might not be secret agent smooth, but the sentiment is unarguable.
‘That car of yours,’ he says, eyes ablaze, ‘is absolutely fucking lovely!’